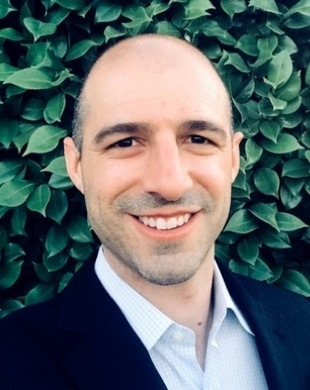 A California native with a background in finance and economics, Kelly got his career footing as an analyst and later moved into the complex world of patent licensing. Read about the intricacies of his role at Intellectual Ventures (IV), and how he draws on the wisdom of others to navigate a highly challenging industry.

Patent licensing—from initial conversations with a customer to actually closing a deal—can be an immensely complex, delicate, and lengthy process. “It’s on the order of magnitude of years, not months, that we get deals done,” says Kelly Roche, a portfolio director with the Invention Investment Fund at IV. “You need to be adaptive enough, agile enough, to anticipate where things are going to be moving, so you can provide guidance that is necessary to get things done.”

Kelly has been with IV for more than seven years, and he’s worked on patent licensing from a number of angles. He started in market strategy and analytics and later shifted to roles in business and program development, supporting the patent sales team. Now, in his current position he is responsible for monetization strategy, which involves managing two analysts. He’s had to develop new skills and perspectives with each role, and he says that state of constant learning—of forward, proactive thinking—is one of the hallmarks of his experience at IV.

“You’ve got to be curious and interested in learning a lot of different things,” he says. “I think that is indicative of inventing something, starting something, building something, where you need to have a depth of knowledge, but you also have to have the breadth of knowledge and the ability to learn new things quickly to be successful.”

Kelly was born in California and actually grew up in Santa Clara, only a few miles from where he works in IV’s current Silicon Valley office. After high school, he attended New York University, where he earned dual degrees in finance and economics. He enjoyed his three years there, but ultimately the weather—as well as the pull of family and his girlfriend (now wife)—tugged him home to California after graduation. He keenly remembers one spring surprise, in fact, that finally broke his spirit. “I’m in class,” he says, “and it starts snowing outside in April, and I’m like, ‘This is ridiculous. I’ve got to get out of here.’”

So he moved back to California and landed a role as an analyst with a patent licensing company in Cupertino. “Doing my undergrad program,” Kelly says, “I wanted to get into investment banking, maybe consulting, research, something along those lines. That’s what initially drew me into the analyst role when I moved back, because it was a lot of research about company financials, products and things like that. I thought it was a good foundation.”

Around that time, Kelly first learned about IV through a TED Talk Nathan Myhrvold gave in 2010, when he spoke about the photonic fence—or “mosquito zapper,” as Kelly remembers it—among other impact inventions. “I’d watched that and was like, ‘Wow, that’s amazing, what a cool way to address a difficult challenge.’”

That memory was still fresh when two of his coworkers moved over to IV, and Kelly soon followed them—feeling excited to join a company that was involved in a whole lot more than patent licensing. But Kelly couldn’t have guessed how dynamic and multidimensional his work would end up being.

In his current position, Kelly spends part of his day at a higher strategic level, thinking about what the next pipeline for business might look like, industry trends, coordinating and leading cross-functional teams, evaluating which accounts might close or what revenues might look like this year. Yet he also has to dive deeper into the details and tactics for particular accounts to make sure they’re executing on their plans. That might include gathering data and answering internal requests for information, or providing guidance for licensing executives on pricing or other elements of a negotiation. “So it fluctuates from high-level down to nitty-gritty details,” he says, “and everywhere in between. Getting licensing deals done is tricky, it’s challenging, and it requires a lot of different skillsets.”

Those skillsets, says Kelly, are multifaceted and constantly evolving at IV. To keep up with his field and the business world more generally, he started devouring a wide range of books. He dug into Seth Godin and his writing on marketing and sales, as well as Ben Horowitz’s The Hard Thing About Hard Things and Andy Grove’s High Output Management, covering topics from how to be an executive and run organizations to sales strategies. He absorbed books about how to put himself in the shoes of the customers—the licensees—and listened to TED Talks from Simon Sinek and Rory Sutherland, among others, to learn more about leadership and how perspective is everything.

Operating in this state of flux—flowing between theory and practice, hard numbers and human behavior—is a big part of what motivates Kelly. And whatever the challenge, whether it’s leading a team or learning a new skill, he has a clear strategy for how to stay ahead of the change. “Read smart people and what their experiences were like, and try to apply that to my every day,” he says. “It’s been fun so far.” 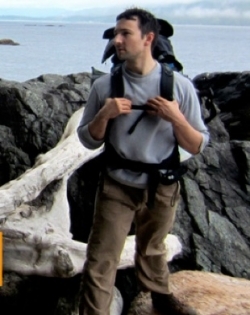 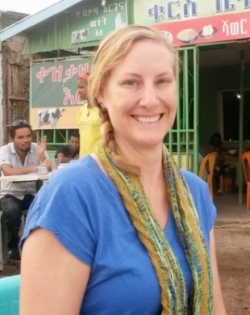