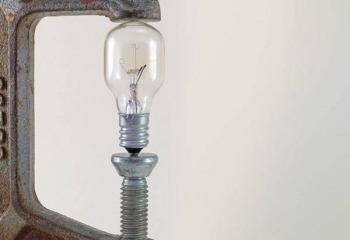 If you listen to a rising chorus of critics, you might think that patents are killing innovation. Each week seems to bring new media attention to an alleged patent miscreant or some new hand-wringing about the volume of patent litigation. The White House, Federal Trade Commission and some members of Congress are proposing ideas to rein in patent “trolls” and “privateers.”

I have worked in this area for almost 30 years and know something about these debates.  I coined the phrase “patent troll” more than a decade ago, when I was Intel’s vice president in charge of patents and licensing. I was furious about the growing number of companies that were making demands based on ludicrous interpretations of patents that wouldn’t have held up in court.

I thought then, and still think today, that this type of behavior was an abuse of the legal system. As the political fight heats up, however, the word “troll” has been stretched to the point where it has almost no meaning and where legitimate market players are being swept in with the bad actors. Bloomberg Law recently addressed some of the challenges around finding a definition for the term “troll” and the unintended consequences of legislation that is too broad.

Bottom line? We need to focus on the real problems not convoluted interpretations. To that end, through a series of blog posts over the next few weeks, I will be posing some questions and – I hope – new insights to the current debate around patents.

I should start by saying that Intellectual Ventures agrees there is a problem with people who abuse the system, and we think there are ways to rein them in. We agree with some of President Obama’s ideas on the subject and support a number of reform efforts.

After all, we are a leader in the secondary market for patents. Over the past decade, Intellectual Ventures has raised $6 billion and now holds stakes in some 70,000 patent assets. We have earned $3 billion from licensing our patents.  We have also channeled more than $500 million back to inventors, providing both resources and new incentives for high-risk invention.

We believe this combination of investment and expertise is good for innovation and ultimately for the public at large. But the question at hand is how to make the patent system more efficient and fair.

As noted, I’ll go into some detail in the coming weeks, but first, let me lay out some basic principles I generally use when reviewing reform proposals, including those now circulating in Washington:

Patents and innovation are important issues, not just for companies like mine but for the public as a whole. The patent system is what put the U.S. ahead in the innovation race. The patent system has worked remarkably well since the Founding Fathers enshrined it in the Constitution.  I’d like to see it work better and look forward to sharing my thoughts on how improvements could be made.