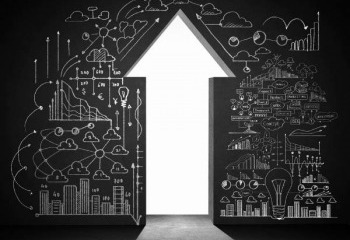 As this year comes to a close, I want to take the opportunity to look back and recognize some of the extraordinary events and milestones from 2013. IV has had the opportunity over the last 12 months to demonstrate the power and value of invention across a wide range of industries by collaborating with companies involved in agriculture, environmental packaging, scanning, photonics, and more.

We began this year by closing one of the largest and most complicated patent acquisition deals in our history, leading a consortium of 12 companies in licensing and purchasing a patent portfolio from Kodak. This resulted in our being honored with a Deal of Distinction Award by the Licensing Executives Society. Using that momentum, we closed numerous deals with companies such as Nest, Salesforce, and Infineon Technologies.

In August, IV’s Invention Science fund spun out its third company, Evolv, to commercialize a new metamaterials based security imaging technology. Kymeta, IV’s second spinout, closed its $50 Million Series C financing round, as well as being named one of the 50 most disruptive companies by both MIT Technology Review and CNBC.

Intellectual Ventures’ founder and CEO, Nathan Myhrvold, was recently interviewed by Charlie Rose, and before that by the University of Washington’s TV series, Four Peaks, where he discussed, among other things, the importance and value that a market for invention has for inventors and the economy.

Greg Gorder, vice chairman and one of IV’s founders, recently spoke at the University of Missouri Law School about the role of the court system in IP dispute resolution. The speech was part of an initiative to engage more with academics and encourage better research into IP.

Edward Jung, CTO and a founder of IV, is shaping global thinking about the economic and technological platforms that jumpstart innovation culture in developed and developing countries. He recently published a new article in Project Syndicate, Plugging in Green Tech, which discusses the impact that a secondary market would have for the solar industry.

This year in particular, there has been great interest in patent policy, and we have increased our efforts to make many of our views heard and ensure that the invention marketplace that we helped create and the thousands of independent inventors with whom we support and collaborate with are protected. To this end, one of IV’s founders and vice chairman, Peter Detkin, penned a blog series outlining many of our views on patent reform and policy.

I’m very proud of what IV has accomplished in 2013. As the President and COO, I am always looking to what’s next on the horizon, and when you’re in the business of invention, with human ingenuity being the only limiting factor, that horizon is nearly limitless.