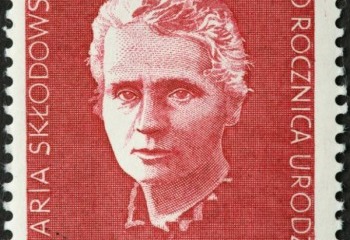 At IV, we recognize that science, technology, engineering and math (STEM) education can have life changing implications for students. And as IV president and COO Adriane Brown points out, the importance of STEM education for young women cannot be overstated. That’s exactly why we’re such huge fans of Marie Curie, the first female winner of the Nobel Prize. Her work led to the development of cancer treatments, advanced x-rays and so much more.

Even as we approach her 148th birthday, Marie Curie’s story is an inspiration to young women who explore careers in STEM. But she’s not alone. With Curie’s incredible life and accomplishments in mind, we’d like to honor some of the other female STEM trailblazers whose work has changed our world and inspired generations.

Becoming the first woman to receive a PhD in physics from Cambridge was just the beginning for Katharine Burr Blodgett. After being hired by General Electric (GE), she invented low-reflective “invisible” glass, which improved everything from cinematography to airplane spy cameras and submarine periscopes. The invention was so groundbreaking that the first movie to use the technology, Gone with the Wind, was widely praised for its almost crystal-clear look.

For years, scientists have theorized that human stem cells could be used to save millions of lives. But isolating the stem cells was critical to develop further research – and no one could figure out how to do it. That’s where Ann Tsukamoto came in. Tsukamoto was critical in discovering the method to isolate human stem cells and was a co-patentee of the process in 1991. Today, thanks in large part to Tsukamoto, stem cell research is advancing and has the potential to treat various cancers and other deadly diseases.

Bulletproof vests save lives. But if it wasn’t for Stephanie Kwolek, they might not exist. Kwolek’s detailed research on long molecule chains eventually led her to the discovery of a very powerful liquid crystalline polymer solution. Ultimately, this research led to the development of Kevlar, a material that makes steel look flexible. In addition to its use in everyday items like skis and camping gear, Kevlar is critical for bulletproof vests – which can be a crucial aspect of protection for law enforcement and members of the military alike.

Gertrude B. Elion was a biochemist and pharmacologist who greatly advanced the field of medicine. By studying the composition of diseased cells, she helped develop drugs that prevented viral infections and combatted diseases like leukemia, herpes and AIDS. In fact, Elion’s work was so successful that she received dozens of medicinal patents. She won the Nobel Prize for Physiology or Medicine in 1988.

Looking for more inventing inspiration? Check out the advice our Behind the Breakthrough participants gave to young inventors.