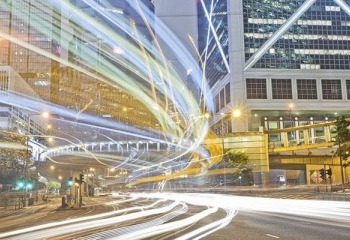 For more than a century, the United States has been the dominant global force for innovation. But China and other Asian countries are now testing that dominance, and the West should welcome the challenge.

China’s move from imitation to innovation has been a matter of national policy in recent years. In 2011, for example, the government established a set of ambitious targets for the production of patents. Almost immediately, China became the world’s top patent filer.

China soon surpassed the US in other important measures. Each year, Chinese universities award more PhD’s in science and engineering than US institutions do – and more than twice as many undergraduate degrees in these fields.

Moreover, China is set to outpace the US in investment in research and development. Since 2001, China’s R&D expenditure has been growing by 18% annually and has more than doubled as a share of GDP. In the US, that ratio has remained relatively constant.

To be sure, such metrics can easily be manipulated – a fact that critics are quick to point out. But statistics from the US National Science Foundation reveal a genuine drive to innovate across much of Asia, with East, South, and Southeast Asian countries together spending more on R&D than the US. And technology-intensive activity in the region is fast approaching that of North America and Western Europe.

In fact, Asian countries are helping to fuel one another’s innovative success. China’s invention initiative has produced such rapid results in part because the government actively cooperates with its Asian competitors.

Indeed, despite territorial disputes and other divisive issues, the commissioners of the patent offices of Japan, South Korea, China, and, to a lesser extent, Singapore and Taiwan meet often to define and coordinate their intellectual-property (IP) policies. China’s leaders know that they can learn from countries like Japan and South Korea, which implemented policies to encourage innovation and protect IP rights long before China did.

The precise impact of Asia’s IP expansion is impossible to predict. But its transformative potential is obvious.

More on that coming next week in Part 2 of this post….

This article originally appeared in full in Project Syndicate, which provides readers with original, engaging, and thought-provoking commentaries by those who are shaping the world's economics, politics, science, and culture.