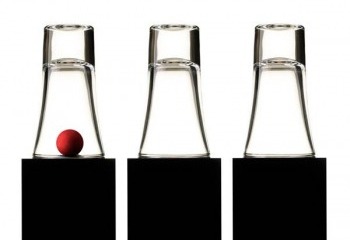 Intellectual Ventures periodically comes under attack as a “patent troll” – falsely, I would argue – but sometimes these attacks provide what educators call a “teachable moment.”

This came up most recently in an article in the New York Times which referenced some of our lawsuits. It is true that we file patent infringement lawsuits, but we don’t do anything frivolously. We put enormous time and effort into researching our claims. We have to: our lawsuits are almost always against major multinational corporations that have ample war chests and are likely to vigorously defend themselves in court.

What struck me, though, was how the story focused largely on a meme that has become a big red herring in policy circles: “real party in interest.”

Critics, including President Obama and the chair of the Federal Trade Commission, claim that “patent assertion” companies are hiding their true identities behind a maze of shell companies. The Patent Office has been exploring changes to the rules around real party in interest for a number of years; for a good primer on its efforts, check out this summary.

The Times article tried to link us to this issue by discussing IV’s relationship with a company called Mission Abstract Data and implying something fishy between the two companies. But this breathless innuendo is overblown: the reality is that we sold a patent to Mission Abstract in 2011, and that company is now suing a number of other companies over infringement. We don’t own the patent, and we don’t control what is done with it.

We’ve talked openly for years about our use of anonymously-named entities for purchasing patents. We do this in part because we don’t want rivals to copy our investment strategy. But we don’t use those entities for litigation, and it wouldn’t help us to do so. When IV files a lawsuit, we’ve already been negotiating with the firm – sometimes for years. They know who we are. So we file under our own name. We announce it on our website.

But here is the bigger question – which I also posed in my earlier blog post on the red herring of transparency: What difference does it make who the plaintiff is?

If someone accuses you of patent infringement, the most important question – and the question that seems to be lost in the debate – is: “Am I infringing a valid patent?” If you are and you don’t want to pay, then you may want to ask whether you are engaging in free rider behavior.  Everything else – whether to settle, whether to fight – flows from that.

The “troll” problem that President Obama and others should be talking about isn’t really about transparency or shell companies. It should be about companies that try to game the system by filing frivolous lawsuits that shouldn’t and probably wouldn’t hold up in court. These players are hoping the cases will settle before their claims undergo any serious examination.

What bothers me is that critics seem to be using this issue as a way to imply a larger kind of villainy that isn’t there. It’s as though they are trying to distract people with a one-size fits all definition without taking the time to consider the root of the issue. If we want to crack down on abusive litigation factories, we need to focus on the real incentives behind their bad behavior. But that’s for another day and another blog post.