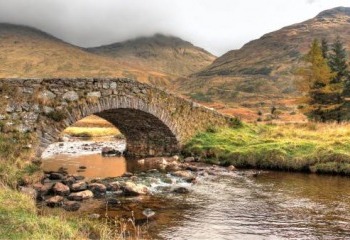 As Congress and regulators suit up for major battles this year over “patent trolls,” let’s put a lid on the fairy tales. High-powered industry lobbyists and their allies are swamping Washington with cartoons of hairy monsters (often in suits and carrying brief cases), baring fangs and wielding spiked clubs. There’s nothing wrong with a little entertainment to push a cause, but this debate is important to inventors and facts matter.

The House of Representatives passed a sweeping and flawed bill in December, just five weeks after it was introduced. The bill received only one hearing, with no testimony from inventors.The Senate will soon take up its own bill. Meanwhile, the Federal Trade Commission is conducting its own inquiry, and the Supreme Court will take up several important patent cases this term.

With a lot of activity ahead in 2014, we would like to knock down five of the most heavily-promoted fables and fairy tales.

Fairy Tale 1: Patent litigation is “exploding.” There is no shortage of gigantic patent battles, especially in the smartphone industry. But patent wars have erupted in this country with every wave of new technology, from the Sewing Machine War of 1851 to railroads, radio and aviation. As Adam Mossoff of George Mason University documents, the so-called “explosion” is a myth. The rate of patent litigation, as a share of total patents, is right in line with historical trends. From 1790 to 1860, about 1.65 percent of patents were in litigation. Today, it’s about 1.5 percent.

Fairy Tale 2: Patent “trolls” are behind more than half of new lawsuits. One problem here is that critics define anybody who owns and defends a patent, but doesn’t actually make a product, as a “non-practicing entity (NPE)” or “troll.” But NPE’s include legions of independent inventors and universities. By one careful analysis, between 20 and 30 percent of “NPE” lawsuits actually come from independent inventors and one of the biggest patent verdicts last year, for $1.7 billion, went to Carnegie Mellon University. Most people wouldn’t call these folks trolls. In a rigorous study for Congress, the Government Accountability Office concluded that only one-fifth  of the  patent lawsuits filed between 2007 and 2011 came from NPE’s.

Fairy Tale 3: Lawsuits by “NPE’s” cost society $29 billion a year. This much-hyped estimate comes from researchers at Boston University.  But as David Schwartz of IIT and Jay Kesan of University of Illinois document, it’s wrong on many counts. First, at least 20 percent of the “NPE” or “troll” lawsuits come from independent inventors. Second, about three-quarters of the “cost” is in royalty payments and settlements to patent holders. Those aren’t costs or “deadweight losses” to society as a whole – they’re a wash, because they are transfers from one company to another. Third, the estimate is almost certainly biased upward. It’s based on a survey of companies that are much more likely than average to be defendants in patent lawsuits.

Fairy Tale 4: The “explosion” of patent lawsuits is killing innovation and tech entrepreneurs. This is a constant refrain from Silicon Valley tech giants, but the data just isn’t there. In 2013, venture capital funding soared to its highest level since the peak of the dot-com bubble in 2000. The biggest and fastest-growing field for venture investing – software – was also the field in which patent volumes have soared the most.

Fairy Tale 5: Operating companies are “good,” and non-practicing companies are “trolls.” For practical purposes, the line between these two kinds of companies is hopelessly blurred. Some of the biggest technology companies also own NPEs that enforce billions of dollars’ worth of patents. Some major technology companies have also spent billions of dollars buying patent portfolios, and some have filed lawsuits accusing other companies of infringing those patents. Indeed, one tech company that is highly critical of “trolls” has itself been accused of “troll-like” behavior.

There’s nothing inherently good or bad about the specific business model, and there is nothing wrong with defending legitimate patent rights.  What matters is the actual behavior of the company, and specifically whether it files frivolous infringement suits in order to game the legal system.

The Senate will soon take up a patent-reform bill introduced by Sen. Patrick Leahy, Democrat of Vermont and chairman of the Senate Judiciary Committee. We hope that Senate lawmakers take more care than the House did, which produced a bill packed with provisions on pleading requirements, discovery rules and fee-shifting that would make it much harder for inventors – especially individual inventors and small businesses – to defend against big corporate infringers.

Patents and intellectual property are crucial to our economy – now more than ever. IP-intensive industries contributed $5 trillion to the national economy in 2010, almost 35 percent of GDP, according to the Commerce Department. These industries are directly or indirectly tied to 40 million jobs and did much more hiring than non-IP companies during the economic recovery.

We hope the next round in this debate will be different. That means listening to inventors, not just corporate interests. It also means looking at the data, and waiting for better data to come in. The Federal Trade Commission has begun an in-depth study of patent practices, and we look forward to its findings.

What we don’t need is more cartoons, comic books or fairy tales.