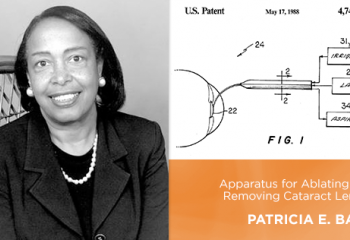 Perhaps one of the most critical components of invention is the inventor. Men and women who have dedicated their lives to improving society, yet too often go unrecognized for their contributions to its betterment. In honor of National Inventors’ Day in the U.S. on February 11, Intellectual Ventures is giving the spotlight to some of these unsung heroes.

February is also Black History Month, so we begin our series by highlighting past and present African American inventors who’ve made great contributions to their fields. People such as Thomas Jennings and Judy Reed, the first African American man and woman to receive patents for their ideas. In the spirit of National Inventors’ Day, let’s honor these unsung heroes in the inventor community.

In 1986, Dr. Bath invented the laserphaco probe, which, with her corresponding technique, represented a significant advance for cataract surgery.  The invention made her the first female African American physician to receive a patent.

Ophthalmologists worldwide have widely adopted Dr. Bath’s laserphaco technique. Her invention has allowed doctors to restore sight to patients who have been blind for more than 30 years. 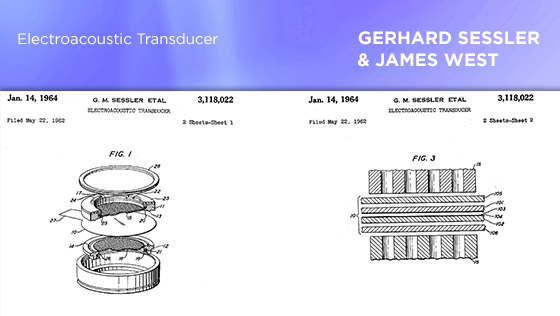 James West
From 1960 to 1962, James West and his partner Gerhard Sessler developed the foil electret microphone, technology that’s still used in approximately 90 percent of all microphones today. West and Sessler set out to improve on the cost, size, and sensitivity of current microphone technology.

West has invented prolifically throughout his career, with over 250 patents to his name. In 1999, he and Sessler were inducted into the National Inventors Hall of Fame.

In 1966, Marie Van Brittan Brown filed a patent for the first closed-circuit television home security system. She and her husband invented the device, which had a motorized camera that moved along four peepholes to display an image on a monitor.

While Brown’s career was as a nurse, her invention formed the basis for many modern home security systems today.

While Johnson’s spinoff companies work on advanced battery technology and the conversion of heat to electricity, he’s perhaps best well-known for inventing one of the bestselling toys in history: the Super Soaker water gun.

Visit our Insights blog regularly to learn more about inventors and the difference they’re making.