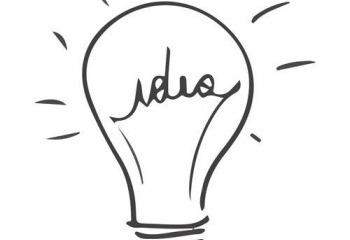 Intellectual Ventures recognizes the similarly amazing contributions that women make in invention and innovation. During Women’s History Month, IV is honoring a few of the many women inventors whose work strengthens businesses, leads to economic development, and improves society as a whole.

Though her work was never patented, Rear Admiral Dr. Grace Hopper played a key role in developing computer software. She worked on one of the world’s first computers, the Mark-1 at Harvard University, coined the terms “bug” and “debugging,” and developed the first concept of a compiler, a way to translate computer code between different languages.

In 1965, Stephanie Kwolek made a breakthrough in her lab at DuPont when she invented the synthetic fibers used in Kevlar. Ever since, body armor around the world has relied on Kevlar due to its formidable strength.

For her work, Kwolek received many lifetime accolades, including the Kilby Award and the 1999 Lemelson-MIT Lifetime Achievement Award. She’s also a member of the National Inventors Hall of Fame. These awards honor her extraordinary breakthrough; many men and women around the world owe their lives to Stephanie’s invention.

When Katherine Blodgett got her job at 19 with GE’s Research Laboratory, she became the first female scientist to work for the lab.

In 1938, Blodgett received a patent for inventing the world’s first truly clear glass. The monumental invention paved the way for countless applications – eyeglasses, telescopes, cameras, projectors, and microscopes all are possible due to Blodgett’s work.

In 1974 and at age 12, Becky Schroeder received a patent for her glow-in-the-dark paper invention. The “Glo-sheet” received significant demand from doctors, photographers, and EMTs – anyone who needed to write on paper in the dark.

Schroeder holds the title as the youngest woman to ever receive a patent. To develop her invention, she experimented with phosphorescence paint on papers and clipboards after trying to complete her homework in the car after dusk one evening, proving that anyone of any age can have a breakthrough idea.

Intellectual Ventures and the IV Lab have profiled many women inventors in the past; check out some of our other stories on Ada Lovelace, the world’s first computer programmer, Hedy Lemarr, who invented a way to encode radio signals during wartime, and our top five favorite inventions by women.

Also, check out the stories of the accomplished African American inventors who we honored last month during Black History Month.