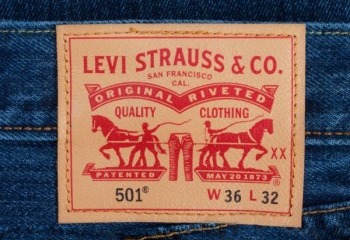 How the Road Less Traveled Led to Blue Jeans

Blue jeans have become an integral part of the clothing industry and our culture. They are fundamental, timeless and just plain ordinary. Yet, as Nathan Myhrvold points out in an interview with Bloomberg Advantage, the creation of blue jeans was not so ordinary. The man behind the jeans, Levi Strauss, a German-born émigré to the United States, developed the idea by seizing an opportunity that no one else had thought to pursue.

Originally based with his family in New York City, Strauss became one of the many Americans to travel west and take advantage of the gold rush. After arriving in San Francisco, Strauss set up shop to continue the dry goods establishment that his brothers started. In addition to the shop, Strauss had another idea in mind. He wanted to make canvas tents for the forty-niners. However, those who arrived before him had a similar idea and built buildings that eliminated the need for tents.

It was then that Strauss found an original way to capitalize on the gold rush that this time, no one else had thought of – pants that would withstand the rugged conditions of a forty-niner’s lifestyle. As Myhrvold describes it, “[Strauss] wound up making blue jeans and created this gigantic fortune because the obvious opportunities were already taken.”

In 1872, Strauss received a letter from one of his customers, Jacob Davis, proposing an innovative way to make more durable pants. In 1873, Davis and Strauss were granted the patent.

The first jeans were not the pants that we know today. In fact, the original pants were made with a heavy canvas fabric. It was not until early after the jeans were patented that the fabric changed to denim. The jeans were then dyed in a synthetic indigo color to make them long-lasting through wear and laundering.

After he patented blue jeans, Strauss’s success continued. He became one of San Francisco’s greatest philanthropists and got involved in other ventures, including the San Francisco Gas and Electric Company, and Nevada Bank.

The story of Strauss and how he developed blue jeans highlights the importance of innovators who boldly look beyond the obvious and the ordinary for the next groundbreaking idea. Strauss once said, “an expert knows all the right answers – if you ask the right questions.” For Strauss and so many other great thinkers, perhaps the right questions are simply those that have not been asked before.