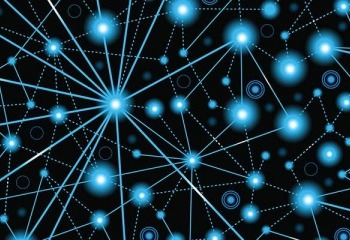 How to Hack the Invention Process

Those who brave the invention process often discover by trial and error what it takes to succeed. Years of designing, testing, and prototyping—and often failing and re-imagining—can pass after that first “Eureka!” moment. Here’s what successful, modern day inventors we spoke to says it takes to navigate the complicated business of invention.

First, focus on the problem

Bill Robinson, an engineer at Intellectual Ventures, says that the first step in inventing is not solving the problem or creating the invention; it’s discovering what exactly the problem is. “People often overlook the problems they regularly face, thinking that’s just how things are. Once you understand what the problem is, and once you get the necessary players with the right skills, generating creative ideas and solutions is easy.”

Pablos Holman, a futurist and self-proclaimed hacker, says that finding a work environment that encourages inventive thinking is key. “A certain culture is needed to accept the high risk of failure inherent to inventing.”

Geoff Deane, vice president and general manager of Intellectual Ventures Laboratory, has spent his career surrounded by entrepreneurs. He knows that passion and enthusiasm are trademarks of good inventors, and the most effective inventors innovate with clear intent. “Innovating with intent requires that we think deeply, test our assumptions, and move forward with clear purpose and direction. To innovate with intent, we have to focus on three things before proposing solutions.”

Nancy Linday, an Edison Nation member whose inventions range from sports apparel to sustainable utensils, recommends that individual inventors consider collaboration. “I began inventing out of anguish and necessity, taking my first invention from concept, to patent issued, to licensing agreement. Later on in my invention career, I began collaborating with another inventor. Through collaboration, I experienced an entirely different sphere of innovation and invention. Working with a partner has changed the way I look at challenges and confirmed my own creative intuition.”

As an independent inventor and entrepreneur, Richard Himmelstein saw the value of social networking well before it crossed over into the mainstream. “One of my inventions—the use of a ‘like’ button—was disclosed in my patent before major social media platforms existed.” He developed a portfolio of patents. “Selling my patent portfolio was the best way to make a return on my investment.”

Discover more insights from inventors via Project Eureka and our Inventor Spotlights.