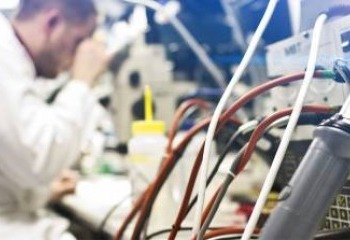 Tucked away behind a suburban strip-mall in Bellevue, WA, more than 150 scientists in fields ranging from computational modeling and electrical engineering to microbiology and physics make up the talented team at the Intellectual Ventures (IV) Lab.

With multidisciplinary expertise comes an equally wide-ranging list of developments, so we wanted to be sure we took a look back at some of IV Lab’s most impressive accomplishments in 2013.

Through the Lab’s work in agricultural productivity, we successfully developed the Milk Container and delivered 4,000 units for a Kenyan pilot test.

The Lab successfully developed the Passive Vaccine Storage Device, delivered 34 units to Senegal and Ethiopia for 6 months of pilot testing, and started the technology transfer to our licensee in China, AUCMA.

And last, but certainly not least, the Institute for Disease Modeling (IDM) team made significant progress in the Lab in 2013. They had their second release of modeling software, Disease Transmission Kernel 1.5, which enabled researchers to select any geographic area and obtain weather information for their infectious disease models within hours. The team provided support and detailed research into the optimal mix of vaccines in support of the global eradication of polio. A modeling study of the impact of changing antiretroviral treatment guidelines was part of the HIV Modeling Consortium’s input to the World Health Organization’s decision. Also, IDM’s simulations that studied the mix of mosquito control, drugs, and vaccines helped inform the new Gates Foundation malaria strategy.

For the latest updates and information on all the cool projects in development at the IV Lab, keep an eye on their blog.