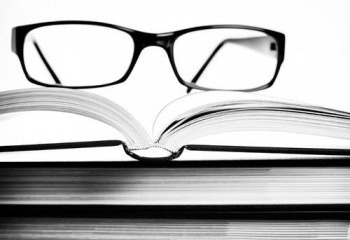 The latest study purporting to shine a light on patents and the invention economy is a survey conducted by UC Berkeley’s Robin Feldman and Stanford’s Mark Lemley. We’ve been pointing out for years that sound data supporting the need for further changes to patent enforceability is lacking, so we were curious to see what these two academics might say about patent licensing and its relationship to innovation.

In their new study, professors Feldman and Lemley raise a very interesting question -- whether society benefits by providing exclusive rights to an inventor when, in many circumstances, a second inventor would likely have come up with the same invention independently.

While this is an interesting thought experiment worthy of serious academic debate, in the United States our patent system is constitutionally charged with “securing for limited times to…inventors the exclusive right to their…discoveries.” Put another way, our patent system has been designed to reward inventors by granting them the exclusive rights to their inventions.

Because of this, asking a small group of lawyers whether paying for the use of an invention – after it’s already been infringed – results in additional innovation, clouds, rather than clarifies, the issue. The issue becomes especially clouded when the researchers only receive 188 responses from 10,000 queries, and many of the responses come from members of the Internet Association, CCIA and Coalition for Patent Fairness – all of which are zealous advocates for legislation that undermines patent enforceability.

Since a patent is not a right to practice, it is does not make sense to suggest that (or study whether) providing a license to an infringer would promote innovation at the infringing company. It should not be a surprise to anyone that the primary benefit to a licensee already practicing the patent is “freedom to operate” – that’s all a patent owner, who only owns a right to exclude, is able to provide an infringer.

In the current system, it is the promise of the right to exclude that is intended to promote innovation – by the inventor, not by the infringer, and with that system in place the United States has been a technological leader for decades. For instance, a recent paper from Professor Arthur Diamond at the University of Nebraska at Omaha analyzes our current system and makes the case that patents not only incent inventors to invent, but also often provide the funds to enable entrepreneurs to turn inventions into innovations.

And, a new study from Stanford professor Stephen Haber not only supports some of Professor Diamond’s assertions, but it also directly contradicts professors Lemley and Feldman by showing that patent licensors play “a useful intermediary role between individual inventors and large manufacturers.”

While these esteemed academics have radically different views on whether patents and patent licensing promote innovation, the fact remains that our patent system is at the heart of our innovation economy. So I’d propose another thought experiment that gets the heart of the issue: is there any other tech economy in the world Professors Lemley and Feldman would like to swap for that of the US?

To be clear, Intellectual Ventures has for years been a supporter of legislation that will truly improve the patent system. But the study from professors Lemley and Feldman asks the wrong questions to the wrong people. It sets up, and then knocks down, a straw man argument, and fails to add meaningfully to the debate.