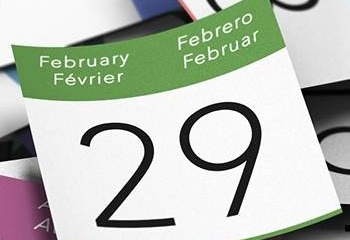 Leap Year Calendar – An Ancient Example of Failing for Success

It’s easy to take for granted the days, weeks, and months that structure our modern calendar. But when you stop to think about it, as you may have on the rare February 29th, our calendar is pretty remarkable. Especially because the calendar was designed – and redesigned – in ancient times, long before the sophisticated, modern inventions that allow us to more accurately mark our place in space and time.

So, how did we get a leap year, and who recognized the need to tweak the calendar so that the real seasons aligned with the appropriate time for harvesting and planting? Most folks would suggest that leap year was started under the authority of Julius Caesar, who has been coined the “Father of Leap Year.” But in reality, calendar development has been in constant evolution that predates even the scientists of ancient Egypt.

As for Caesar, he employed assistance from Greek astronomer and mathematician Sosigenes of Alexandria. Sosigenes recognized that the ancient Roman calendar system was based on a total of 355 days in a year—a full 10 and a ¼ days shorter than a solar year, the length of time it takes the Earth to make one complete orbit around the sun. With this realization, the concept of leap year came into being during 45 B.C.

Done? Not even close. There was a problem – the solar year is actually 11 minutes short of 365¼ days. Astronomers and scientists continued to rework the math on the solar calendar, with each incremental success carrying with it a margin of failure. Pope Gregory XIII and many other scientists and mathematicians have contributed technological advances related to leap year, continuing to hone our calendar.