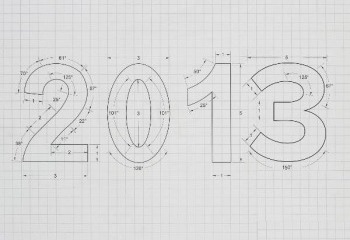 Looking Back on 2013: The Marketplace for Invention Comes of Age

As we close the books on 2013, we look back on a remarkable year in which the modern marketplace for invention – a market we helped pioneer – really began to come into its own.

This was a great year for independent inventors, entrepreneurs and almost everyone with a stake in intellectual property. Though some critics complained that patents and so-called “patent trolls” were hindering innovation, venture capitalists poured nearly record amounts of money into young companies with disruptive technology. The hottest field for venture investing was also the one where patenting has been especially intense: software.

Patents were at the heart of a dazzling array of trading activity, mergers, alliances, and capital infusions. This activity cemented the idea that intellectual property is a major asset, and that buyers, sellers and investors can assign concrete financial values. Looking ahead, that will mean more capital for inventors of all types.

This year was also a high-water mark for political storms in Washington over patent litigation, patent reform and so-called “patent trolls.” President Obama made proposals, some of which we support. The Federal Trade Commission began an in-depth study, which we think is understandable given how new this marketplace is. But the House of Representatives rushed through a “reform” bill much too quickly, which will make it harder for many inventors to protect their ideas if it becomes law in its current form. The Senate will probably act on its own bill next year. Meanwhile, the Supreme Court decided to revisit a thorny and closely related issue in patent law – what kind of software is eligible to be patented.

Given all that, 2014 is almost certain to be another momentous year. But before it comes, let’s look at five milestones that we passed. Two themes dominate: the growth of a vibrant and professional marketplace for invention, and the fight in Washington over patent reform.

We thought we’d seen it all in 2012, when Google paid $12.5 billion for Motorola Mobility – largely for its patents. But the buying and selling of patents hasn’t stopped, as corporations and financial institutions became ever more sophisticated about placing a hard dollar value on intellectual property.

Banks and investment firms increasingly recognized this year that patents were solid enough to serve as collateral for major loans. Financial institutions became more sophisticated about valuing patents based on estimates of future cash-flow and earnings. That is making the invention marketplace as a whole more professional, informed and vibrant.

3. Patent-holders found new ways to team up with high-tech start-ups.

We pioneered the business model of investing in patents, and generating revenue through buying, selling and licensing. But the role of “patent-assertion entities” or “non-practicing entities” keeps evolving, and it now involves partnerships to develop new technologies and identify new markets for them.

Even though critics kept complaining about “patent trolls,” who they usually defined as companies that hold patents and collect royalties but don’t “make anything,” the epithet became hopelessly muddled by the end of the year.

When every organization from universities to operating companies defending against IP infringement was accused of being a patent troll, it became increasingly difficult to differentiate the business model from the behavior. Even more so when some campaigners came under fire for engaging in the very same “patent troll” behavior they were railing against.

We aren’t taking sides in these fights. We would just point out that the problem, if it exists, isn’t with patents or companies that “don’t make anything.” The Founding Fathers explicitly allowed for inventors to license or sell their patents, rather than make the products themselves. This has been a pillar of innovation in the United States for more than two centuries. The issue is with frivolous lawsuits, filed in the hope that companies will settle, rather than defend themselves in court – and those can come from manufacturers as easily as from “non-practicing entities.”

If Apple and Samsung set a new bar for patent wars in the courtroom, Washington was at the forefront of the political war over “patent trolls.”

We agree that there are bad actors, and we support a number of ideas to rein in oft-caricatured “patent trolls”. We endorsed efforts by President Obama to improve the quality of patents granted, which would reduce the ability of bad actors to make trouble in the future. We also supported proposals to make the losing side in an infringement suit pay the winner’s attorney fees, which would discourage people from filing frivolous lawsuits, as long as the penalties to bad behavior applied equally to operating companies as well as “non-practicing entities.”

The debate will continue in 2014, as the Senate takes up a bill by Sen. Patrick Leahy, chairman of the Senate Judiciary Committee. We understand the desire to stop abusive legal tactics, but hope that Congress doesn’t inadvertently undermine one of the great engines of innovation in the process.