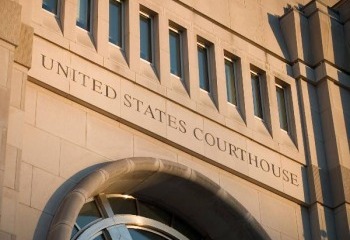 Memo to Congress: Courts Are Already Reforming the Patent System

It just got more dangerous to file frivolous patent infringement lawsuits – and that’s a good thing.

Even as Congress debates legislation to stop so-called “patent trolls,” the nation’s highest patent court has just taken an important and potentially more useful step on its own.

In a wake-up-call of a decision on Dec. 26, the Court of Appeals for the Federal Circuit (CAFC) essentially gave lower-court judges much greater clarity – and confidence – about requiring the losing side in a patent dispute to pay its opponents’ legal bills.

In this instance, Sidense won the original case hands down.  It also produced evidence that Kilopass’s own legal advisers had turned up red flags about its claims. But the lower court judge ruled that Sidense hadn’t proven that Kilopass acted in bad faith, and should therefore pay Sidense’s attorneys’ fees, because Sidense hadn’t shown that Kilopass executives actually knew their lawsuit would fail.

The CAFC, a specialized appellate court for patent issues, said that was too high a standard.  It wasn’t necessary, the court ruled, to produce a “smoking gun” that the suit was brought in bad faith.  Evidence like that is hard to come by.  Rather, the appellate court instructed lower-court judges to use their judgment and to weigh the “totality of circumstances” – including circumstantial evidence -- to “infer” bad faith.  It emphasized that there were a “wide variety of ways to establish bad faith,” and it urged judges to explore them.

A “loser-pays” system is a powerful way to reduce frivolous patent litigation, and this decision clarifies how the lower courts can make the determination as to when bad actors – plaintiffs or defendants – should be required to pay the other side’s legal costs.

We applaud the CAFC’s carefully-reasoned decision, and think it will go a long way toward discouraging those who try to game the legal system. With more clarity around “loser-pays,” companies will be more reluctant to file assembly-line lawsuits, or plead frivolous defenses, because they will run a higher risk of having to pay their opponents’ legal fees.

This court decision also provides a powerful reason for Congress to move slowly before it tries to pass a broad-brush fix of its own that inadvertently hurts legitimate infringement claims.

That’s ultimately good for everybody, from inventors to consumers.

The House of Representatives passed the Innovation Act in November, less than five weeks after it was introduced. But we remain concerned that Congress is rushing ahead with measures that will make it harder for inventors to protect legitimate inventions.

The courts are already tackling the crucial issue of frivolous lawsuits, and the chief judge of the Federal Circuit, Randall Rader, is clearly determined to do so.  On top of that, the Supreme Court will hear two related cases on the issue of shifting attorney’s fees this term.

With scant statistical evidence of the problem, it’s unclear whether frivolous patent-infringement lawsuits have reached epidemic proportions.  Almost every infringement case looks different depending on which side of the “v” you’re on.

But if there is a problem, the most knowledgeable people in the world for tackling it are the judges presiding over the actual cases.