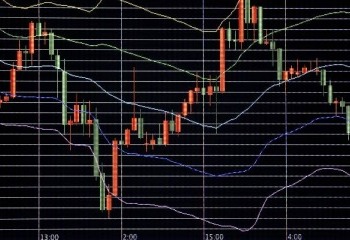 “If you can’t measure it, you can’t manage it.” That is the wisdom behind metrics like gross domestic product and other aggregate indicators that signal the health of national economies around the world. Policymakers and planners have used these numbers for decades to help them understand how to guide domestic economic growth.

But reliance on GDP and other traditional indicators may be sabotaging a keenly sought goal: the development of thriving innovation economies. Today, some vital parts of the information-technology sector barely register in the national accounts. While GDP measures the market value of all goods and services produced within a country, many stars of the digital age (think Wikipedia, Facebook, Twitter, Mozilla, Netscape, and so on) produce no goods and provide free services.

These same star players also tend to undercut the productivity of traditional businesses. Free navigation apps have shrunk sales for Garmin, the GPS pioneer that was once one of the fastest-growing companies in the United States. Skype is killing the international phone call “one minute at a time.”

These developments point to the need for new growth metrics that recognize new kinds of enterprise. And, because these metrics concern innovation, they should be forward-looking as well. Policymakers need to understand how to establish, manage, and thus measure the conditions that encourage innovators to flock to a region and forge a prosperous future there. Innovation metrics must capture the value of new ideas years before those ideas become profitable in traditionally measured ways.

The need for such metrics is especially urgent in the developing world. Emerging economies commonly use foreign direct investment (FDI) as a yardstick to measure progress. That metric makes sense in the early stages of development: poor economies need foreign capital to build factories, train workers, and put money in the pockets of ordinary citizens.

But foreign investment most often goes to low-risk, low-margin projects: iron foundries, cement plants, and so forth. Innovation, by contrast, is a high-risk, high-reward effort. Even big multinationals do not put a lot of money into a new idea at first. Tomorrow’s most disruptive innovation may have no effect on FDI or GDP today.

Thus, for countries like China, India, and Brazil that are trying to jump-start their domestic innovation cultures, FDI targets actually prevent government planners from reaching out to the people and companies that are most likely to take creative approaches to problems.

So what does valuable innovation look like, in terms of macroeconomic data, years before it gives rise to the next Google, Bayer, Porsche, or Alibaba? What numbers best characterize a thriving innovation ecosystem in its birth stages?

More on that tomorrow …