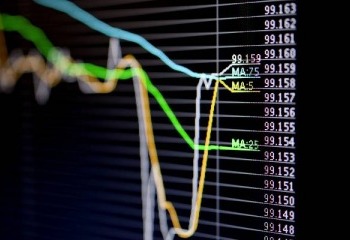 In my earlier post, Misleading Indicators, I asserted that relying on traditional economic indicators, such as GDP, may be sabotaging the development of thriving innovation economies.

So what does valuable innovation look like, in terms of macroeconomic data, years before it gives rise to the next Google, Bayer, Porsche, or Alibaba? What numbers best characterize a thriving innovation ecosystem in its birth stages?

We already know some of the essential ingredients. They include top-level talent, serial entrepreneurs with good track records, start-ups backed by reputable capital, and breakthrough products protected by intellectual-property rights. Analysts at my company recently investigated whether these ingredients could be quantified. Our preliminary results suggest that they can.

For example, we learned that five of today’s most successful start-ups in the information-technology sector had two attributes in common by the end of their third year in business: they had filed more than one patent and been funded by more than one top venture-capital firm. In subsequent years, these five companies’ cumulative revenue was six times higher than that of start-ups chosen at random.

Economists could extend such analyses to develop a set of key performance indicators for young innovation economies. Governments could then use these innovation metrics to identify start-ups, talent, and products with the strongest potential for future success. This approach could be applied to any high-tech incubator project – within or beyond the developing world – that currently measures success only in dollars.

Of course, such metrics would merely improve the odds of succeeding, not point to a sure thing. Innovation economies will always require investments in a multitude of prospects to produce the few big winners that will ultimately anchor the mature ecosystem. But even a modest improvement in odds will deliver outsize results if it means landing two Apples or Samsungs rather than one – or none.

Changing how we think about economic value will not be easy. Yet countries where GDP has been flagging – an ever-increasing cohort – might welcome new metrics that can show signs of real progress. And there is a growing awareness among policymakers and planners that virtual assets like creative talent and entrepreneurial skill make up an increasing portion of a country’s wealth.

The US Bureau of Economic Analysis acknowledged as much last summer when it changed the definition of GDP to represent better the contributions of intellectual property and research and development to productivity and economic vitality. Broader efforts to reform GDP, including initiatives sponsored by the Organization for Economic Cooperation and Development and the European Commission, seek to encompass sustainability, living standards, and other important aspects of a country’s wellbeing. Groups like the Institute for New Economic Thinking are championing the study of innovation economics to provide data and analyses for these efforts.

As former US Federal Reserve Chairman Ben Bernanke noted in a 2011 speech, “We will be more likely to promote innovative activity if we are able to measure it more effectively and document its role in economic growth.”

In fact, metrics that help countries drive innovation could change our very understanding of economic growth. Governments want them, economies need them, and the global community will benefit from them. It is time for macroeconomics to measure up to the ambitions of twenty-first-century innovators.