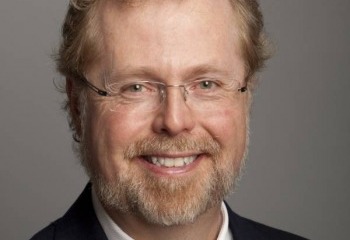 Nathan Myhrvold on Entrepreneurship and the Magic of Innovation

IV founder and CEO Nathan Myhrvold was recently featured alongside Richard Branson, James Dyson, and other transformative figures in a Thought Economics piece devoted to the possibilities of entrepreneurship. Founded by Vikas Shah, Thought Economics is a fascinating journal dedicated to interviewing some of the world’s leading thinkers and game-changers. The topics can range from culture and art to politics, science and technology, and any other subject impacting society.

Here are a few key quotes from Nathan:

On how entrepreneurship can overcome challenges:

“I am very much in favor of saying that any problem— regardless of whether it’s a purely scientific, technological, or engineering problem or a human, social, or political problem—can be solved. Now I admit that is difficult, so I certainly can imagine people who are skeptical, but that’s what entrepreneurs and innovators have always had to deal with throughout history: skeptics who say it’ll never work. In essentially any area that you pick, be it in technology or in business, those skeptics end up being wrong. I believe that the people who are skeptical that we can make proper progress against thorny problems of society, they’ll prove to be wrong too, but only if we put our shoulders to the wheel and try to not just work hard on those problems, but work smart, to work creatively, and to work entrepreneurially.”

“The thing that makes enormous problems potentially soluble is that there is no limit to what a new idea can do, whether it is feeding the world, protecting it from a rogue asteroid, or solving the many other problems that we face as a species. Mythology is full of the notion of magic, including magicians and wizards who can utter just a few words to overcome insurmountable challenges or change the world. The truth is that science, technology, understanding, and human creativity are magic that we need.”

On his message to future entrepreneurs:

“Although it’s fashionable to look at the impact of innovation on all of the world’s problems, our population is more educated than ever before. Whether it’s through the internet or another means, we’ve never had a better opportunity to communicate with people across the globe— which means we also have the possibility for an idea in one part of the world to affect everyone. So my message to the next generation is this: you have an incredible opportunity to change the world, far more than existed when I was young and vastly more than most of human history for all human history, so let’s see what you do with it.”

Interested in learning more about Nathan? Check out his recent UCLA commencement address, where he discusses the positive aspects of failure, and take a look at his personal page to read more about his numerous interests and talents. You can also check out our recent Behind the Breakthrough with Dhileep Sivam, who works closely with Nathan.