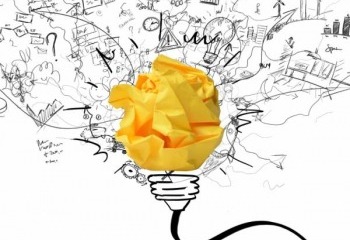 News You Can Use: From Invention to Innovation

Invention sparks progress and inspires the inquisitive. But, turning a transformative idea into innovation requires confidence in a supporting infrastructure of business development and more. For this edition of News You Can Use, we’ve got stories about breakthrough inventions and how states can create the best environment to help invention become innovation.

Popular Science released its May 2015 special invention issue this week. Winners of the year’s top invention honors include a personal pollution monitor, artificial reefs for seafloors, and a frying pan that teaches you to cook.

The issue also features a Q&A with Bre Pettis, whose company developed the first affordable 3D printer. He talks about how he came up with the idea for “Makerbot,” what makes an invention groundbreaking, and the value of teamwork to inventing.

This week, The Washington Post asks “what makes a state a champion of innovation?”

Data from the Consumer Electronics Association’s new innovation scorecard begins to answer that question. The survey ranked states based on a number of variables, including right-to-work laws, tax friendliness, venture capital funding, and friendliness to start-ups.

So which states rose to the top? The study gives the highest ranking, “innovation champion,” to Delaware, Indiana, Michigan, North Carolina, South Dakota, Texas, Utah, Virginia, Massachusetts, and the District of Columbia, calling them “proven leaders in fostering legislative and regulatory climates conducive to innovation.”

@IVinvents shares IP and tech innovation. Follow along, and let us know what you’ve been reading, too.

innovation, invention, news you can use