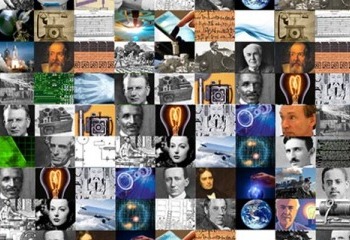 News You Can Use: National Inventors’ Day

In honor of Wednesday’s National Inventors’ Day, News You Can Use features stories about inventions and inventors. Intellectual Ventures deeply appreciates the hard work and intellect that men and women across the country apply each day to developing new ideas that improve the world. People such as this year's National Inventors Hall of Fame inductees....

Each year, the National Inventors Hall of Fame inducts a new class of extraordinary inventors into its membership. This year’s honorees include Edith Clarke, who improved electricity transmission over wires, Charles Drew, whose invention has saved countless lives by allowing hospitals to preserve blood plasma, and Jaap Haartsen, who invented the now-ubiquitous Bluetooth technology. Check out the full list at The Washington Post.

The Upstart Business Journal announced this week its inaugural class of the top 100 in upstarts, which seeks to honor big thinkers whose new ideas and companies are changing their respective industries. In addition to visionaries and creative, the list includes specific categories for inventors and reinventors. This year, Upstart features Toby Rush of EyeVerify, who invented new biometrics-related software that would use a scan of a smartphone user’s eye as a security key and Elizabeth Holmes of Theranos, whose handheld device improves laboratory diagnostics by running up to 70 tests on a pinprick’s worth of blood.

Researchers at Stanford University and the University of Waterloo recently published a paper that uses trends in words and phrases that appear in patents to create a narrative about the arc of American invention since the 1840s. Their methodology relies on the fact that to create breakthroughs, inventors and innovators often build on previously patented ideas. Using colors, the researchers demonstrate that invention has moved from trains and cars in the 19th century to the invisible world of software in the 2000s. Inside that story, they show which decades focused on medicine, chemistry, or computers. ” The Atlantic has the story.

Be sure to check out the other content that IV published in honor of National Inventors’ Day, including our new series “Behind the Breakthrough” featuring interviews with inventors and scientists who are making invention possible, as well as the Intellectual Ventures Lab’s post on the life of inventor and Edison associate Lewis Latimer.