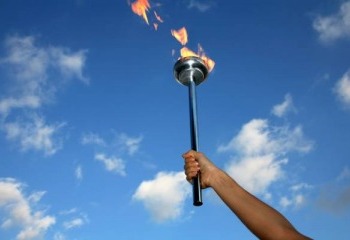 News You Can Use: Summer Olympics Edition

This month we’ve celebrated and showcased STEM in our communities, and appreciated outstanding displays of tenacity and teamwork – traits inventors often share – from Olympic athletes in Rio. Check out some of the links we are loving from August.

Senior Vice President of Global Licensing Cory Van Arsdale sat down with IPPro Patents to discuss the role of licensing and collaboration in the global innovation ecosystem.

Nathan Myhrvold and the local community were thrilled to see a rare T. rex skull delivered to Seattle’s Burke Museum.

We hope you enjoyed the Olympics as much as we did! Did you realize that you watched the events courtesy of a number of new high-tech inventions?

As you’ve seen through our blog series Failing for Success, ideas take recurring trial and error to perfect. The Huffington Post highlights Olympians who have treated failure as an opportunity, not as the end of the road.

P.S.: You can thank former NASA engineer Lonnie Johnson for inventing one of your favorite summer toys: the Super Soaker.

Want more News You Can Use? Follow us on Twitter and get the good stuff in real time.