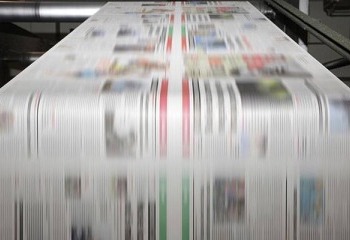 News You Can Use: Week of November 3

Have you been keeping up with the latest news coverage on intellectual property, technology, and innovation? Intellectual Ventures has been paying close attention, and we wanted to share a few compelling stories from the last week or two with you:

IP Licensing
How did Kodak manage to find its way back to profitability after several years of dismal earnings? Intellectual Asset Management’s blog reports that IP licensing has been vital to Kodak’s renewed success:

“Despite [Kodak’s] past bankruptcy woes and the precarious situation it remains in, Kodak is turning itself around. As demonstrated by its patent sale to IV and RPX, and its continuing income streams from licensing, a longstanding commitment to investing in IP protection can pay off.”

Computer Patents
Dennis Crouch, a Law Professor at the University of Missouri School of Law and contributor to the popular Patently-O law blog, posted a chart showing the rise of computer patents since 1976. He parsed all the utility patents using keywords and found utility patents with computing claims rose from less than five percent in 1976 to up nearly 40 percent in 2015.

Funding Innovation
Is innovation generated more in the private or public sector? This question, posed by BBC, uses the story of Oxbotica, a spinoff from Oxford University’s Mobile Robotics Group, to explore the changing landscape of funding for innovation.

“In general, many of the innovations of the 20th Century — from nuclear energy to space travel to GPS — came as a result of defense spending, first in the Second World War, then in the Cold War that followed. Now, with defense budgets under pressure, there is little chance of governments on either side of the Atlantic funding projects on a grand scale.”

Ideas are Valuable
Forbes tackles the question of whether or not it’s more valuable to invent ideas or products. Michael Blanding uses the founding of Facebook, among other examples, as he explores the inherent value of intellectual property.

@IVInvents shares IP and tech innovation news every week. Follow along, and let us know what you’ve been reading, too.