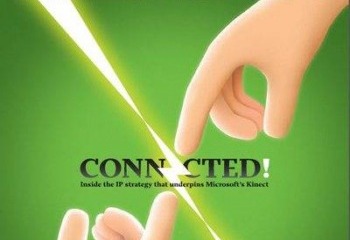 News You Can Use

This month’s News You Can Use shares articles for every age of the family. We learn whether inventiveness can run in the family, why companies should see IP as a corporate asset, and what to expect from Microsoft’s new tablet:

In honor of Father’s Day, InnovationNewsDaily found examples where inventiveness might run deeper into the family tree. The Bell family, for instance, studied speech and sound for at least two generations before Alexander Graham Bell invented the telephone. At the same time, thirty-two years after Pierre and Marie Curie shared a Nobel Prize in physics for their study into spontaneous radiation, their daughter and son-in-law shared a Nobel Prize in chemistry for synthesizing new radioactive elements.

Meanwhile, Jack Ellis, reporter of Intellectual Asset Management Magazine (IAM), wrote an extensive cover story about the role of IP in Microsoft’s Kinect. Jeff Meisner of Microsoft on the Issues interviewed Ellis on the story and discussed the importance of IP, advice about the current IP landscape, and why Ellis says eventually all companies will see IP as a corporate asset of pivotal importance.

Students from Sells Middle School in Dublin, Ohio and Shelton Public School District in Connecticut will receive funding to help turn their ideas into marketable products after they tied for first place in the FIRST Lego League Global Innovation Challenge, an innovation competition for ages 9 to 16. Dean Kamen, founder of FIRST, has created numerous FIRST competitions that turn science into a sport where kids are recognized and celebrated for their inventions.

Finally, after Microsoft unveiled its first tablet PC on June 18, the Surface, critics are predicting the future competition between Apple, Google, and Microsoft. The Washington Post reports that the Surface could offer the right mix of professional and personal elements by integrating Microsoft brands like Office and Xbox– a balance that Apple and Google have yet to achieve fully. Al Hilwa, an analyst at IDC, says “Microsoft is trying to give multiple access points to their ecosystem of content and apps, which is what Apple has done very well and Google is doing, too. It will be a race of giants.”