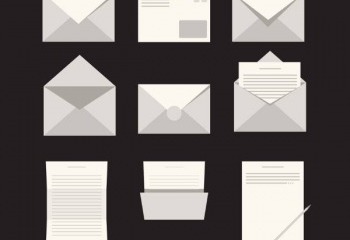 At Intellectual Ventures, we have always believed that the key to stopping abusive patent lawsuits is to focus on specific bad behavior. The “patent troll” problem isn’t that companies own patents and enforce them to prevent theft of their intellectual property.

The problem is that some companies game the legal system by making specious claims of patent infringement or send out thousands of “demand letters” to small businesses and end users who simply purchased a product (maybe a scanner, or a WiFi router) and used it for its intended purpose.

The good news is that targeted and thoughtful reform is still alive, both in Congress and in the courts.

Like many other groups, including major research universities, independent inventors and venture capitalists, we were troubled that a compromise “patent reform” bill under consideration in the Senate was too broad and would have hurt inventors of all types. The House passed an omnibus reform bill last year that was, in some ways, even more troubling. After six months of effort that failed to achieve broad agreement on compromise language, Senate Judiciary Committee Chairman Patrick Leahy put Senate patent reform measures on hold at the end of May.

While some commentators -- frequently funded by multinational patent foes -- still insist that Congress pass sweeping legislation that would up-end the entire patent system, constructive and targeted reforms are advancing in Congress and the court system. And we at Intellectual Ventures are happy to see that.

One notable example is a new bill drafted by Rep. Lee Terry of Nebraska to stop deceptive “demand letters.” These letters, using vague but menacing language, demand payment for a license to unidentified patents and are sent to hundreds or even thousands of companies at a time. Many such letters go to small companies that innocently buy off-the-shelf equipment for its intended purpose.  Some of the letters ought to be laughable, but they employ threatening language that intimidates many recipients.

I have seen those types of demand letters brought to the Hill by small business owners and CEOs of major companies alike. I can tell you here, Intellectual Ventures does not send them or condone them.

Chairman Terry’s bill would give the Federal Trade Commission new authority to curb such behavior and seek reimbursement for those that have been targeted.

For starters, demand letters would have to identify at least one specific infringed patent and at least one product or service that infringes. They would also have to include contact information for people who can explain the complaint.

The bill also would allow the FTC to seek compensation from companies that make deceptive claims. Examples include claims for a patent that has expired or been held to be invalid; false assertions that a lawsuit has already been filed or that an infringement investigation has already occurred; and demand letters from people who don’t actually control the patent being asserted.

No bill is perfect, and we have some quibbles with the fine print. But we applaud Chairman Terry’s approach to address the real problem: targeting specific bad behavior, while recognizing the rights of inventors and patent holders to prosecute legitimate claims, and accommodating legitimate licensing and enforcement communications.

Another important feature of the legislation is that it would reduce legal confusion by replacing the growing patchwork of state laws. Since inventions are almost never confined to a single state, a crazy-quilt approach to regulation creates all sorts of opportunities for mischief through regulatory arbitrage.

Interestingly, Chairman Terry’s targeted approach to one of the most pernicious and common “patent troll” problems is being denounced by some special interests as not being a “real” reform.

Opponents of the bill, many of them funded by industry lobbying groups, apparently fear that enacting a targeted measure to deal with demand letter abuse will undermine political support for the overly broad measures they’ve been seeking. The targeted reforms would provide relief to those who really need it: the small businesses the anti-patent groups are using as cover for their agenda.

Put simply, helping small businesses, end users, retailers and restaurants, deal with specious demand letters might give those entities a reason to cease supporting the overreaching patent reform measures that advantage only big companies that want Congress to help them avoid patent infringement liability. The anxiety of the anti-patent crowd is self-serving, but it has a cynical logic. The Main Street Patent Coalition, which includes a long list of industry groups, as well as the Electronic Frontier Foundation – each of which have been up in arms about demand letters – have applauded Chairman Terry’s draft bill. If demand letter reforms are enacted, the connection these groups had to the anti-patent lobby might be severed.

For people who care about the patent system, the opposition to a targeted but real reform makes no sense. The Terry bill addresses one of the biggest headaches associated with “patent trolls.” Why fight it out of pure spite?

As I will outline in my next post, other reforms are alive and well in the courts. The Supreme Court has handed down several significant decisions this year that make it easier for companies to defend themselves against charges of patent infringement.

Smart and balanced patent reform is happening. This is no time for spite or sour grapes.