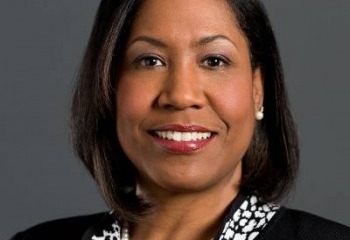 We’ve often wondered: If “patent trolls” and the “explosion” of lawsuits are strangling innovation as some critics claim, then why are the most blazingly innovative industries also the ones with the most new patents and lawsuits?

Take smartphones for example, one the most patent-intensive industries. There have been epic patent battles in court.

Yet the pace of smartphone innovation has been off the charts, while prices for consumers have fallen dramatically. Twenty years ago, few people had cellphones and those who did paid $1,000 for a basic model. Today, you can buy a smartphone for less than $100.

This evidence always strikes us as a clear and common-sense rebuttal to what the anti-patent crowd is saying. And now there’s rigorous new research that confirms what we’ve always believed to be true.

The study, led by Stephen Haber at Stanford’s Hoover Institution and Ross Levine at the University of California’s Berkeley-Haas School of Business, compared the innovation rates of industries with their patent-intensity. You can read highlights from the report in their Wall Street Journal op-ed, “The Myth of the Wicked Patent Troll”.

The bottom line: “Innovation rates have been strongest in exactly the industries that patent reform advocates claim are suffering from ‘trolls’ and a broken patent system.”

Levine and Haber are referring to the likes of software, telecommunications and media technology. Since 1992, they calculate the quality-and-inflation-adjusted price of telephone equipment has fallen at an annual rate of 6.7%. For televisions, the annual drop has 14.4%. For portable computers, it’s been 26.7%.

Haber and Levine’s larger point is that the “explosion” of litigation is a myth, and so is the harm caused by “trolls.” As historian Zorina Khan of Bowdoin College has vividly documented, we had identical surges in litigation, and almost identical debates about patents, during every other significant wave of new inventing: the telephone and telegraph; railroads; automobiles and aviation. Even vulcanized rubber for tires.

Many of America’s greatest inventors, including Thomas Edison, Charles Goodyear, the Wright Brothers, and Cyrus McCormick, were embroiled in big patent disputes. And most of the great inventors were also partly or entirely “non-practicing entities” – people who hold patents but don’t manufacture the products themselves – and might well be denounced as “trolls” in today’s lexicon.

The “golden age” of inventing in the 19th Century saw brutal patent wars. George Campbell Carson’s patents for steel smelting were held to be worth $260 million in damages. Adjusted for inflation, that would be many times more expensive than even the most costly patent battles of today.

Somehow, we not only survived those early patent wars but produced wave after wave of new technology that improved lives around the world at just about every income level.

No matter what side of the fence you’re on, litigation is costly and distracting. But advances in technology go hand-in-hand with disputes over inventorship and ownership. As Haber and Levine point out, an uptick in lawsuits isn’t necessarily a sign of dysfunction.

“It might instead reflect a healthy, dynamic economy,’’ they write. “Rapid technological advances have spurred more innovation and patents, and courts are now clarifying the nature and boundaries of intellectual property and contract rights.”

That’s a good thing. It means that patented inventions are worth fighting for, and that independent inventors, small businesses, and corporations don’t have to accept someone using their intellectual property without permission.

In fact, Haber and Levine argue that “Big [Corporate] Money” is behind today’s attack on “trolls.”

“Many patent-intensive products – the smartphone in your pocket, the laptop computer in your briefcase – are produced by corporations that license many patents,” they write. “These corporations can make higher profits the less they pay to use patented technology they do not own, and higher profits still by paying nothing at all.”

That’s an important point for Congress to remember the next time a herd of lobbyists claims the patent system needs “reform.”

“When policy makers consider reforming the patent system,” Haber and Levine warn, “they should not rely on often-repeated, but never substantiated, claims that patent trolls and lawsuits stymie innovation… They should demand robust evidence that the current system is slowing down innovation. It does not exist.”