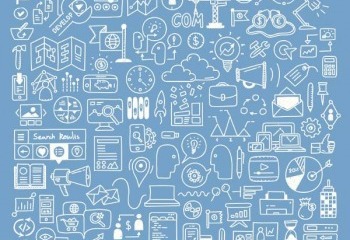 Patents are Recipes, Not Monopolies, on Invention

There are many misconceptions in the political debates about “fixing” the patent system, but one particularly flawed idea is that patents are a kind of monopoly that stifles competition. If that were true, it would be a real problem. Competition is a cornerstone of our economic system, and it drives both spectacular innovation and lower prices for consumers.

Fortunately, the complaint is not true. Patents go hand in hand with ferocious competition – certainly over the long term, and usually in the short term, as well. Equating “patent” with “monopoly” reflects a misunderstanding of both the basic legal principles and of how the world actually works.

I’ll explain why in a moment. But for evidence, look no further than the smartphone industry. Smartphones probably embody more patents – 250,000, according to one popular estimate – and more patent litigation than any other line of products in the world. But it would be hard to name an industry that has innovated more aggressively or rapidly. It’s even harder to name an industry with more brutal competition on price and quality. If patents create monopolies, how does anyone explain the epic rise and decline of giants such as Motorola, Nokia and Blackberry?

Of course, patents do give inventors a temporary right to obtain a fee from anyone who wants to make, use or sell their inventions. That’s the core incentive for people to risk the time and money to invent something new and useful. Patents give inventors the possibility – though not the guarantee – of reaping a reward for their risk-taking.

There are many reasons that patents actually increase competition, but here is perhaps the most basic one: patents create openness. To get a patent, a person needs to do more than just invent something that is new, useful and not obvious. They must also publicly disclose how to make and use the invention.

This new knowledge, the recipe for the invention, becomes visible to everybody in the world as soon as the patent is granted. And even though others can’t use the invention without permission until the patent expires, the information in those patents often provides the seeds and inspiration for other innovations. Many inventors will tell you that some of their best ideas come after reading other people’s new ideas. If someone patents a clever new widget, another inventor may be inspired to invent a new battery, a new app or even a better approach to tackling the same problem. It happens all the time, and it’s a great deal for society.

The reality is, as good as a new invention might be, it’s very difficult to produce a new product without also incorporating technology that someone else has patented. The technology is simply too complex and advances too quickly.

As a result, companies cross-license tens of thousands of patents every year. Competitors do have products that infringe one another’s products and they have to find a way to resolve their disputes. Rivals can and do fight about how much to pay each other, but they do resolve.

It’s important to remember that patents only confer the right to exclude others from using your exact invention. If a company figures how to satisfy a customer’s needs in a different way, then the patent holder has no claims at all. This happens all the time, as well. In fact, the motivation to work around existing patents often sparks fresh innovation and even more competition.

In many ways, this is the genius of the patent system. Yes, it gives inventors a temporary measure of exclusivity. But it also creates an open and intensely competitive marketplace for innovation.

Think back to the days when the old AT&T provided most of the telephones and telephone service in America. For decades, the only innovation most consumers saw was the switch from rotary-dial to push-button phones.

Now think about the tumultuous waves of change in mobile communications: analog to digital to “3G,” “4G” and high-speed access to the Internet, GPS, cameras and hundreds of thousands of customized apps.  Back in 1996, Motorola launched the wildly popular StarTAC phone for $1,000 – and all it did was make phone calls. Today, you can buy a smartphone at Best Buy for as little as $80 – and no contract!

It’s impossible to know how much of this would have happened if patents had played a smaller role in the industry. But these innovations came from thousands of companies from around the world. To suggest that patents somehow stifled all that creativity doesn’t square with reality.