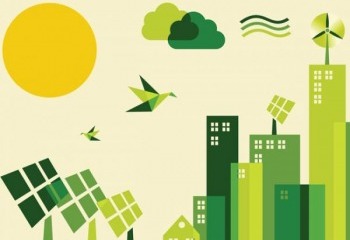 By most measures, solar energy should be a resounding success. Technical breakthroughs and continuous improvements in efficiency have driven the price of solar panels from $100 per watt in the 1970’s to less than $1 per watt today.

Yet solar technology still accounts for less than 1% of global energy consumption. For solar energy, as for many other promising green technologies, technical progress has not translated into widespread adoption.

The problem lies in the structure of the market. To understand why, green-energy advocates could take a lesson from a far less glamorous technology: used cars.

The slow adoption of solar energy is usually blamed on its expense. Outfitting a single house with solar panels costs roughly $30,000. And, thanks to those lauded efficiency gains, a new installation will quickly become outmoded.

But Americans routinely spend $30,000 on cars that they trade in every four or five years or so. They can afford to do so because of the used-car market. The used-car market helps consumers to finance their next car purchase, while making older, still-serviceable models available at a deep discount. The ongoing utility and value of used cars creates a vast, stratified marketplace with many options in both features and purchase price.

For next-generation technologies, then, the barrier to entry is not so much the initial cost but rather the absence of a market for the last generation. The market for solar power would almost certainly expand if consumers had the option of purchasing less efficient solar panels (last year’s model) that cost, say, half as much. Government planners would have no trouble justifying a large expenditure for a long-lasting technology – even one that quickly becomes outmoded – if they knew that they could recoup some part of their outlay in just a few years. Likewise, investors would be more likely to finance a major deployment of solar panels if the technology’s value persisted beyond the next tweak in solar-cell design.

Call it the moral of secondary markets: If you are trying to introduce an expensive new technology, make sure that people can buy it used, too.

The demand for used solar panels is already apparent in the repeated calls for cheaper solar technology. And the idea of recycling a green technology has intrinsic appeal. But the secondary market for solar-power technology will not emerge until another issue is addressed: what could be called the “velocity of upgrade.”

Consider how quick and easy it is to trade in an old car for a newer one. You can drive into the dealer’s lot in one vehicle and leave in another, because all cars run on the same road infrastructure.

Upgrading solar panels, by contrast, is agonizingly slow. Like so many green technologies, solar requires its own dedicated infrastructure, and each manufacturer designs systems with unique mechanical layouts, mounts, and electrical interfaces. As a result, old solar panels cannot simply be swapped out for new ones. To upgrade, solar customers do not just have to buy the car; they have to re-build the roads.

Needless to say, this kind of upgrade is expensive – and not just for the consumer. Because each panel infrastructure is unique, each solar-tech company has to train, maintain, and equip a dedicated crew of employees to install and un-install its products. That is a significant financial burden for any company, let alone a start-up in a new market sector.

Both the velocity of upgrade and the secondary market for solar power could be improved by lowering the transaction costs associated with adopting new solar technology. These costs – one-time outlays that are independent of the core technology’s cost – are the real barrier to widespread adoption of green technologies. The lower these transaction costs, the more rapidly early adopters can upgrade to next-generation technologies, and the more readily a secondary market can develop.

For example, the cost of adopting solar energy could be greatly reduced by standardizing solar-panel sizes and mount configurations. Such standardization would make it much easier to trade old panels for new ones, decreasing the transaction costs of each upgrade from 40% of system cost to nearly zero. Both primary and secondary markets for solar panels would expand, stratify, and become more liquid.

More generally, governments should invest in infrastructure that facilitates the deployment of solar and other green technologies at lower costs. Such investment would create platforms for innovation and commerce that yield returns far greater than any single technology or industry can deliver. Government investment in roads, traffic signals, and parking infrastructure built the platform that engendered a global auto industry, and that today supports continuous upgrades in gas, diesel, electric, and hybrid vehicles. In terms of value for money, such investment was much more effective than subsidizing any one automaker or technology.

A green-tech platform would enable innovators to plan for the long term. As it stands, green entrepreneurs have to choose a single technology in which to invest; if they do not win enough installations using that technology, they are out of the game. They have no opportunity to try another technology, offer discounts on last year’s model, or provide service contracts on old equipment – strategies that, in the auto industry, help to smooth out the dips in revenue caused by fluctuating new-car sales. Many solar-energy start-ups have already fallen victim to this “one-and-done” dynamic.

Continued innovation is vital to the future of green technologies, because all of them, including solar, still have technical problems that need to be solved. But many are already good enough to spark consumers’ appetite. Infrastructure that enables faster and cheaper upgrades would accelerate their adoption and further development.

Green tech is poised to become the next big player in the global market. It just needs a place to plug in.