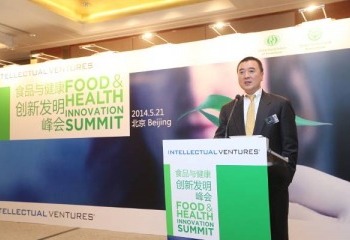 Whether it’s economic growth, the creation of new inventions, or investment in clean technologies, China has become a world leader. We asked IV’s country head of China, Yan Sheng, about his thoughts on how invention and innovation are changing China.

China has experienced huge economic growth since the 1980s; what do you consider to be the biggest factor that has contributed to this expansion?

Innovation has been a key element in China’s growth, and the government has played a very active role in encouraging it. Looking at some of the biggest Chinese companies that are creating a global impact, you will come up with a list including Huawei, ZTE, Tencent and others. While many of these companies have created very important inventions, particularly in telecommunication and mobile infrastructure, China's economic growth is actually being propelled mostly by innovation rather than specific inventions.

What I mean by this is that by blending existing technologies, China has seen the rise of companies like Alibaba, a business that no one would have believed possible a few years ago, and is currently on its way to becoming the largest internet company in the world. But I am confident that in the very near future, we will start to see Chinese companies that take global leadership in their field and do this with products based wholly upon their own inventions.

What particular areas do you see invention playing the most crucial role in supporting China’s growing population and rapid urbanization?

The IT industry remains very important. Sectors such as telecom, mobile devices, and big data are significant areas of business in China, but oftentimes people don’t realize that many of the key components – such as computer chips, CPUs, and memory cards – still need to be imported. The manufacture and import of information and communication technology (ICT) hardware amounts to a larger expense than oil and iron ore imports combined (roughly $200 billion per year). This is an area where I see great opportunity in the future.

Also, while invention into IT is significant, great importance is being put on invention in areas such as waste management and other technologies that can help accommodate China’s rapidly growing population. Specifically, people are realizing how crucial water management is for industrial use but also for social and leisure activities. We are seeing invention across the board in areas like water treatment, green energy, electric cars, etc., and now China leads the world in investment in cleantech.

Did the recent IV Food & Health Innovation Summit in Beijing bring to light any new agricultural trends or inventions?

All of the speakers showcased new food technologies that represent the cutting-edge of agricultural science right now. There is a great deal of potential for modernization in the agriculture industry and I saw a lot of interest amongst our guests when we presented some of the new inventions in cattle feed, coffee flour, irrigation and many others. We had a fantastic Chinese partner for the Summit, the China Green Food Association. They are affiliated with the Ministry of Agriculture and were instrumental in bringing CEOs, General Managers and other C-Suite level attendees from China’s most important agriculture, food, dairy, and investment firms to our event.

There is no question that innovation is a major focus for China and patents are playing a large part in propelling the innovation-economy that is being built. The government has created numerous subsidy packages that are designed to promote more patent generation in China as well as overseas markets such as US. These initiatives have been very successful as demonstrated by Chinese residents now filing the largest number of patent applications per year (560,681 in 2012).