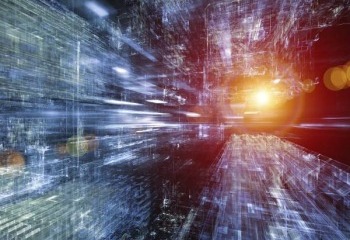 Webster Dictionary defines a futurist as, “one who studies and predicts the future especially on the basis of current trends.” At Intellectual Ventures, we have a slightly different interpretation. For us, futurists are those inventing and innovating for tomorrow. They’re the brilliant minds working to solve problems most of us haven’t yet imagined. In celebration of National Inventors Month, we recognize just a few names the world is expecting big things from.

Stanford computer science professor Andrew Ng may work at one of the most esteemed American universities but it’s his other profession, running the online learning site Coursera, which qualifies him for this list. Through the site, Ng is making education accessible and affordable for everyone by providing free access to classes from top professors at Stanford, Columbia, the University of London and other leading universities.

Designer/artist by passion but engineer by education, Bdeir merged her backgrounds and created littleBits, a collection of tiny, specialized circuit boards that snap together with magnets. Designed to help kids everywhere better understand the highly-technical world we live in, littleBits has received a handful awards including several that celebrate the company’s commitment to STEM.

These Kickstarter cofounders may not be directly responsible for any major inventions but their crowd funding service has provided capital (more than $1B to date) for a variety of next generation projects, including several smart watches and a dirt-less gardening system, among many others.

He’s most well-known as the creator of the high-end electric car company, Tesla Motors, but serial entrepreneur Musk has continued to look for other ways to address the world’s energy crisis. One of his latest ventures, SolarCity, designs and finances solar-energy systems bringing clean energy to homes and businesses across the U.S.

If FIRST students are any indication, the future of invention is bright. While most are focused today on building robots as part of a friendly competition, students involved in the science, engineering and technology mentor-based program FIRST could very well go on to be the next Edison.

IV’s resident futurist and hacker, Pablos Holman, has a passion (among many others) for 3D printing. But we’re not talking about just creating multi-dimensional architectural models or machine manufacturing. Pablos prints food – a project fueled by his desire to improve the incredibly inefficient way developed countries produce food.

We’re celebrating inventors – past, present, and future – all month long and invite you to join the party. From Da Vinci to Steve Jobs, drop us a line on Twitter or Facebook and share your favorite game- changing inventor or invention.