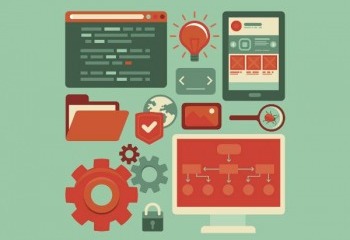 Software Patents: Just Because It’s in Code Doesn’t Mean it Isn’t an Invention

Within the loud and often incoherent chorus of anti-patent “reformers,’’ there’s a particularly shrill sub-group who rail against software patents.

Two things are missing from this debate. The first is perspective. Software is an immensely important arena of innovation, and it happens to be thriving. Sure, there are some epic patent fights over software, notably in smartphone technology. But software innovation is moving at light speed, venture capital is pouring in, and consumers are benefitting. The patents aren’t slowing anything, much less imprisoning anyone.

The second thing missing from this debate is facts, both about what software is and what’s happening with software patents and litigation. So let’s review some key points:

Fact 1.  The distinction between software- and hardware- inventions is illusory

Everybody agrees that novel circuits and chips are eligible for patent protection. But as computer engineering experts have explained, there is no logical reason to treat software differently. That’s because any function that is written in software can also be hard-wired into a piece of electronics. Mobile phones use digital signal processors (circuits) to carry out data-processing functions. Graphic cards carry out image-processing instructions that could easily be written in software. The decision to use hardware or software is a design choice: software is easier to update and change, but hardware is useful in power-intensive applications. Just because an invention is coded in software doesn’t make it any less an invention.

There is no evidence of any problem unique to software patent litigation. According to a comprehensive study by PwC, software cases accounted for only about 7 percent of all patent cases decided in the last six years (2006-2011). That puts the software industry in a distant sixth place in terms of number of cases — behind consumer products, bio/pharmaceuticals, computer hardware, industrial/construction, and medical devices. The median damages awarded in software cases during this period were almost exactly the overall median for all industries.

The critics would have you think the Patent Office is “soft” on software patents and approves rafts of them for things that are already obvious. Not true. A recent study by Patent Office economists shows that U.S. examiners reject software patent applications at a rate slightly higher than non-software applications, and these rejections were affirmed by Board judges at a higher rate than in other technologies. The study also showed that in the recent Samsung-Google-Apple smart phone wars, the courts have upheld the validity, or likely validity, of more than 80 percent of the asserted software patents. In the context of gigantic court battles where each side spares nothing to debunk the other’s patents, 80 percent is a very high validation rate.

Contrary to the popular belief that software inventions quickly become obsolete in a fast-moving industry, a study by Kimberly A. Moore (at the time a professor, but now a judge) showed that software patents were significantly more likely to be maintained for their full term, rather than abandoned mid-term, than biotech or pharmaceutical patents. Since patent owners can simply abandon their patents (rather than pay fees for 20 years), the system already has an effective mechanism to weed out inventions that have not kept pace in their field, regardless of technology.

The critics would have you believe that software inventions are somehow “different” or inferior to any other kind of invention. But what makes an invention patentable has nothing to do with whether it’s a piece of circuitry or part of a program. What makes it patentable is that it’s new, “non-obvious” (to use the legal term) and useful.

It’s absurd to arbitrarily discriminate against software inventors. It would also have terrible consequences. Software is at the heart of innovation and crucial to the economic progress. To stop protecting software inventions would be like leaving Fort Knox unlocked and unguarded. We can’t let it happen.