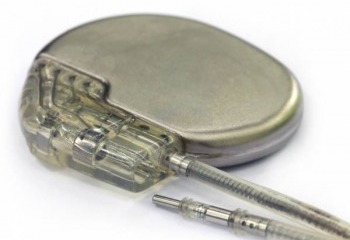 “Failure is a learning experience, and the guy who has never failed has never done anything” – Wilson Greatbatch

A lot can happen in a minute. In the world of scientific invention, a minute can be pivotal. A spark can trigger a life-changing idea for an inventor in a minute, and 60 seconds is all it takes for an inventor to make a huge mistake.

In some extraordinary cases, perhaps both phenomena can occur in that same moment in time. This was the case for Dr. Wilson Greatbatch, an inventor who in just a minute, made an error that led to a life-saving invention and forever changed cardiovascular healthcare.

The Mistake that Sparked It All

In 1956, Greatbatch attempted to create a heart rhythm recorder. However, after mistakenly adding an incorrect electronic component, the device produced electronic pulses instead of simply recording the sound of the heartbeat as he had intended. Listening to the pulse of the device, a sound similar to that made by a healthy heart, Greatbatch had his critical “a ha” moment. In that moment, he realized that this device could help an unhealthy heart stay in rhythm by delivering shocks to help the heart muscles to pump and contract blood.

In the barn behind his home, the electrical engineering professor worked to use his inadvertent discovery to create the world’s first implantable pacemaker. The first Greatbatch pacemaker was implanted in a human patient in 1960, and Greatbatch was awarded a patent for the device two years later.

Indeed, a minute can be transformative. A healthy human heart beats an average of 50 to 70 times per minute. But for an ailing heart, a minute can mean the difference between life and death. Ultimately, Greatbatch’s invention of the implantable pacemaker has extended and saved millions of lives worldwide. “I seriously doubt if anything I ever do will ever give me the elation I felt that day when my own two-cubic-inch piece of electronic design controlled a living heart,” remarked Greatbatch.

Greatbatch patented more than 325 inventions in his lifetime. Beyond his pacemaker, he conducted important research in the areas of HIV treatments and renewable energy. Greatbatch boldly challenged modern scientists to end the world’s dependence on fossil fuels, working on a solution that would use helium-based fusion reaction for power generation.

Greatbatch received many awards throughout his lifetime. He was inducted into the National Inventors Hall of Fame and received the Lemelson-MIT Lifetime Achievement Award. He was also presented with the National Medal of Technology by President George H.W. Bush in 1990.

Greatbatch created one of the most significant inventions of the 20th century from a blatant miscalculation. What began as a failure became a groundbreaking idea that led to success. Greatbatch was a tenacious inventor who reminds us that failure itself is often the heartbeat of discovery – keeping invention alive by forcing us to continue searching for answers to the world’s most difficult questions.