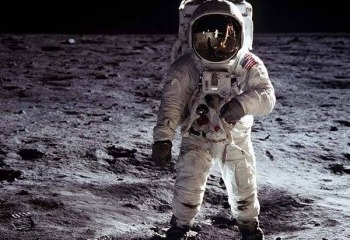 The invention economy encompasses every person and industry that is innovating and creating new ideas, patents, or products. Due to the broad scope, the factors that can affect innovation in these industries are many and oftentimes disparate.  This post summarizes a couple of recent articles that cover historical factors that led to a booming invention economy in the 1960’s, how lower manufacturing in America may negatively impact our progress, and what may be in store for software innovation going forward.

Using the Past to Understand the Present

In Jason Pontin’s article, Why We Can’t Solve Big Problems, he discusses many of the problems facing America’s current invention industry, and how daunting solving big problems like world hunger, eradicating malaria, and clean energy can appear. He explains the circumstances necessary to promote substantive progress in invention, citing the 1960’s space race as the prime example for the potential of human innovation.

“This is not 1961: there is no galvanizing historical context akin to the Cold War, no likely politician who can heroize the difficult and dangerous, no body of engineers who yearn for the productive regimentation they had enjoyed in the military, and no popular faith in a science-fictional mythology such as exploring the solar system. Most of all, going to the moon was easy.”

The point is, by creating an environment conducive to innovation, we provide the tools and incentives necessary for inventors to make substantive progress on the issues facing America and world.

Moving to recent years, the manufacturing industry in the United States has diminished, Detroit being the prime example with entire districts abandoned. In David Rotman’s article, Can We Build Tomorrow’s Breakthroughs, he provides evidence outlining the damaging ripple effects that outsourcing America’s manufacturing has caused to innovation in the US.

“The problem with outsourcing production is not just that you eventually lose your engineering expertise but that ‘businesses become dependent on someone else’s innovation for next-generation products.’”

On the other side are a number of innovative startups that are placing great emphasis on the relationship that innovation has with manufacturing, which they hope will fast track their new technologies to production.

Hopefully, we will continue to see an increasingly symbiotic relationship between invention and manufacturing, resulting in a faster rollout of new technologies and products.

The Future of Invention

Finally, an article seeking out the future of invention, specifically software, which is far and away the fastest growing patent category. Online Games and Crowdsourced Creativity:  The Next Frontier In Intellectual Property, by John Villasenor, explains the vast reservoir of creative capital that can be tapped by using crowd-sourced creativity.

He references Minecraft, a multiplayer online game that allows server owners and players to customize and enhance their gaming experience.  By granting players so much freedom to make changes to the gameplay, Minecraft has essentially drafted thousands upon thousands of programmers and developers to enhance the Minecraft gaming experience, for free.

“And when, as will inevitably occur, player-generated IP acquires substantial real world monetary value, players should be able to access that value. This will require that game sellers adopt terms of use allowing players to retain an appropriate, commercially meaningful ownership interest in the IP they create. It will also raise complicated jurisdictional challenges due to the global nature of gaming…The lessons learned could help spur innovation in domains that go far beyond gaming.”

The innovation landscape is constantly evolving as new inventions create more areas for innovation to explore. This constant cycle of advancement across so many industries can create complex challenges. Fortunately, we live in a world of problem solvers and innovators who will always seek to propel the world by inventing solutions to problems great and small.