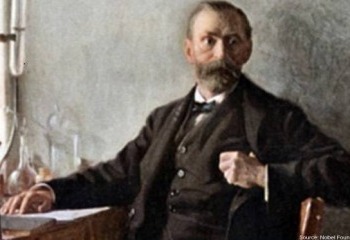 The Inventing Legacy of Alfred Nobel

New inventions and scientific advancement often occur in tandem. That’s why some of the most notable winners of the Nobel Prize – the prestigious award which honors annually the world’s top achievers in medicine, physics, chemistry, and other areas – have been pioneering inventors, or scientists whose discoveries inspired novel inventions.

Alfred Nobel – the Swedish chemist who invented dynamite, held more than 350 patents, and after whom the Nobel Prize is named – would have turned 182 today. In his honor, we’re highlighting some of the breakthrough inventions and ideas that the Nobel Prize recognized for their capacity to advance human society.

Albert Einstein was awarded the 1921 Nobel Prize in Physics for his explanation of the photoelectric effect, a process where a metal emits electrons when shined with light. Understanding the photoelectric effect eventually led to the invention of numerous technologies that have made our lives more convenient and entertaining, such as television cameras, electrical remotes, digital cameras, and so much more.

Parasitic infections take a huge toll on international public health. But three scientists awarded the 2015 Nobel Prize in Physiology or Medicine discovered medicines that have transformed treatment for diseases like malaria, river blindness, and filariasis. Specifically Dr. William Campbell and Dr. Satoshi Omura developed Avermectin, which has greatly reduced rates of filariasis and has almost eradicated river blindness, and Dr. Tu Youyou discovered Artemisinin, which is today a critical treatment for cases of malaria.

At IV, we’re also exploring ways to reduce the rates of parasitic infections such as malaria. We’ve developed a new malaria microscopy e-learning tool, built a low-cost and standalone optical diagnostic microscope, worked with experts to write a microscopy methods manual for malaria research, and continue to explore methods to zap parasite-bearing insects before they can inflict any damage.

Marie Curie was one of the most transformative scientists in history. In 1903, she became the first woman to win the Nobel Prize and she’s still the only woman to win the award twice. Throughout her career, Ms. Curie helped to develop a theory of radioactivity, found ways to isolate radioactive isotopes, and discovered two elements. Along with her husband, she was also instrumental in discovering that radiation had important medical benefits. Her research eventually helped to understand and refine x-rays, develop cancer treatments, and even reshaped some of the established physics and chemistry ideas of the epoch.

Want to learn more about the importance of invention? Check out our army of impressive inventors and don’t forget to follow our Behind the Breakthrough Series to hear quotes and advice from pioneering innovators.