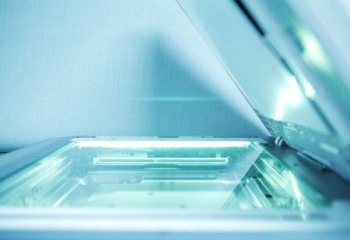 The Problem of Patent Infringement

As companies incorporate more and more features and capabilities into their products, assembling a patent portfolio on their own that covers them all can be challenging. More than a dozen years ago, the founders of Intellectual Ventures recognized this serious business challenge. We raised more than $5 billion from the investment community, and built a new type of business model to address it.

Since our founding, IV has efficiently and effectively identified strong patents covering significant and relevant inventions, purchased those patents, and marketed and licensed them to companies who need them. A properly functioning patent system is the foundation of IV’s business model, along with the sensible notion that a fair price must be paid for use of a patented invention.

The benefits of IV’s approach were noted in a recent Harvard Business Review article and more importantly, have been recognized by some of the world’s largest technology companies who have become IV customers and licensees. We’ve earned more than $2 billion from licensing our portfolios and have infused billions of dollars back into the economy through patent purchases. Assembling thousands of patents into various portfolios that match customers’ industries and areas of use allows IV’s customers to mitigate their business risk, deal with fewer patent holders and infringement claims, and negotiate fewer license agreements.

Patent infringement, however, continues to be a problem and the patent system cannot work as intended if infringement goes unchecked. When sophisticated companies turn a blind eye to infringement, we are forced to take action to safeguard the value of our patents and to protect the interests of our investors and customers. Infringers need to pay for the inventions they are using. An issued patent provides rights to the patent owner and when these rights are ignored, it impairs the incentives that spur invention and poses a real threat to innovation

As a result of the unlicensed use of our patents, yesterday, IV filed infringement complaints against Canon and Ricoh. This is our second suit against Canon and our first against Ricoh.  We have attempted to engage in licensing discussions with both companies, but our efforts to do a business deal with either of these companies have not been fruitful.

We enter into litigation after careful deliberation and a thorough analysis of the patents we own and the products we believe to be infringing. The actions we take to protect our rights are with established, patent savvy technology companies – not start-ups – and we have reached settlements for significant amounts. In other words, our patent portfolios are being recognized for their validity and relevance to current industries and key technologies.

IV does not enter litigation lightly, and our actions are not frivolous. Asserting our rights is something IV, and any patent owner must do, when their patents are being used without license.