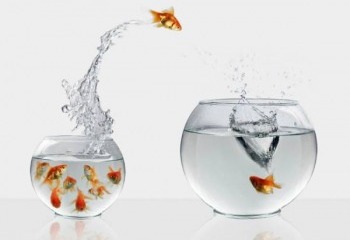 Something new is happening in the heated political debate over patents and the alleged flood of lawsuits brought by so-called patent trolls: cooler voices are starting to prevail.

Last week, we blogged about the Government Accountability Office’s report on “patent assertion entities,” companies that own and enforce patents but don’t manufacture the products themselves. In a nutshell, the nonpartisan GAO found that that there hasn’t been a surge in litigation and that 68 percent of new lawsuits were being filed by operating companies rather than by alleged trolls.

Contradicting an established “truth” among the anti-patent lobby, the GAO also warned that focusing on patent-assertion firms would be “misplaced.” The real need, it said, was to improve patent quality by reducing claims that are overly broad and unclear.

After all hyperbolic accusations from industry lobbyists and their allies, it’s even more interesting to see that journalists and other independent commentators are having the same reaction to the GAO’s findings that we did.

“One of Silicon Valley's favorite hobbies is complaining endlessly about the rise of "patent trolls" and how they're destroying innovation….That’s not quite true… The people pointing the finger at others for driving up their litigation costs are actually the ones doing most of the suing.”

And here’s how Politico summed it up (behind the pay wall):

“The world wants to blame so-called patent trolls for the lawsuits that have tied the intellectual property system into knots — but operating companies that make actual products are the ones running to the courthouse, government investigators have found.”

Gene Quinn, publisher of IPWatchdog.com, has been a ferocious critic of patent trolls, calling them “vampires” that “suck the blood out of the economy.” But here is the headline for Quinn’s blog post last week: “GAO Report Unmasks the Mythical Patent Troll Problem.”

Like us, Quinn agrees that there is indeed a problem with bad actors in patent litigation. These are companies that game the legal system, making absurd claims mainly in the hope of getting companies to pay up and settle out of court. But Quinn says the GAO report clearly shows that the “trolls driving up patent litigation” issue has been hyped beyond recognition:

What we’re seeing here is a data-driven shift in the consensus. Thoughtful and independent observers, from the GAO to journalists and patent attorneys, are increasingly skeptical and annoyed about the slick but simplistic story that Silicon Valley companies have been peddling.

There’s a good reason for this shift: the facts don’t add up. The patent system is hardly perfect, but cool-headed observers increasingly seem to recognize that it isn’t fundamentally broken. It just needs some repair and maintenance.