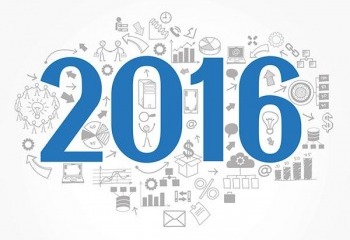 Top 16 Invention Stories That Had You Talking in 2016

Transformative invention requires an element of idealism – calling on the dreamers, visionaries and optimists who imagine a better world. But truly life-changing invention demands more than just an imagination for a brighter future. There needs to be an element of pragmatism in invention – a trailblazer who creates an idea that bridges the gap between a vision for the distant future, and reality in the here and now.

It is in this space – where idealism meets ideas – that the magic of invention is brought to life. And as we look back on the 2016 inventions created around the world, and within our own walls at IV, we find inventors who pictured a better world and found a solution to make it happen. So before ringing in the New Year, join us as we share our favorite stories of what was achieved this year through the magic of invention.

This year, Puget Sound Business Journal took readers on a tour of IV Lab – home to a rocket engine, a particle accelerator, a simulated dinosaur tail and most importantly, our team of problem solvers.

Nathan Myhrvold shared his thoughts on what it takes to be a good inventor at the Bloomberg Top Tech Conference, discussing the current invention environment and offering insight into what he looks for before investing in technologies like artificial intelligence.

Global Good won the WGHA’s Pioneers of Global Health ‘Outstanding Organization’ Award and the USPTO Patents for Humanity Award for its invention of Arktek™, which is helping to save lives in countries with the lowest immunization rates in the world.

The need to close the patenting gender gap and encourage more women to pursue STEM made received sustained national attention this year, making headlines in U.S. News and World Report, among others. IV also weighed in on the importance of diversity in driving innovation and helped to foster an interest in STEM among girls in the local Seattle community with Expanding your Horizons Network.

IV was a finalist for the Association for Financial Professionals Pinnacle Award, an annual award recognizing the leading finance groups for innovation, collaboration and results.

Global Good worked with Worthington Industries and the Indian Oil Corporation to launch its AI Shield in Tanzania and India, respectively. The technology helps cattle and dairy farmers by improving artificial insemination conception rates among livestock.

Kymeta CEO and president Nathan Kundtz wants to use metamaterials to change the world. He spoke with Puget Sound Business Journal to talk about bringing “a high-speed internet connection to anything that moves.”

Robert Fischell, inventor of the rechargeable pacemaker and the implantable insulin pump, shared a look into his problem-solving approach and creative process.

President Obama awarded 21 Americans who have “helped push America forward” with the Presidential Medal of Freedom. Of the 21 recipients, five have made contributions in tech and three of those are women.

Washington state ranked top in the nation for technology. Bonus: The article featured an image from IV’s very own IV Lab.

Imaging scientist and social impact inventor Ramesh Raskar won the Lemelson-MIT Prize for his Femto-photography work that is, quite literally, impacting how we see the world.