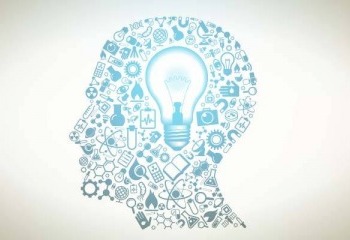 Top stories from January: How challenging assumptions leads to breakthroughs

Renowned professor and biologist Uri Alon once said, “In order to discover something truly new, at least one of your basic assumptions has to change.” This creative and outside-the-box thinking that scientific discovery demands is not an easy feat to achieve. It requires us to abandon a preconceived notion and embrace a new framework for looking at a problem.

From clean energy and virtual reality to artificial intelligence and American football, as we wrap up the first month of the new year, the stories we’re loving exemplify this spirit of challenging basic assumptions to solve the world’s biggest problems.

IV discoveries in the news:

On Nova PBS this month, Nathan Myhrvold shared his views on the future of global energy demand and how to innovate the next generation of nuclear power.

This month, IV’s Global Good worked with the Food and Agriculture Organization of the United Nations to deliver more than 5000 Mazzi™ containers, which provide clean and effective storage of milk, to the farmers in eight regions of Ethiopia.

IV spinout Evolv Technology developed a new security scanner using AI technology that can check 800 people per hour securely, streamline flying, and eliminate those pesky airport security lines once and for all.

As we prepare for Super Bowl Sunday, IV scientists teamed up to patent a new high-tech football helmet that would make the game safer for all your favorite players.

IV spinout Xinova announced a collaboration with San Francisco-based Aetho that could create new tools for augmented and virtual reality.

Metamaterials – or what Nathan Myhrvold once called “the closest thing to magic” – populated tech news this month, making the Xconomy Top Stories of 2016 list and helping IV spinout Kymeta bring high-speed connectivity to civilian armored vehicles. Learn more about the new tech with applications limited only by the imagination.

Hidden Figures recently hit the big screen, triggering a nationwide discussion about the role of women in STEM and how NASA women mathematicians helped blaze a trail for scientists of all backgrounds.

This month, MIT published a list of its top five predictions for artificial intelligence in 2017 covering everything from China’s AI boom to dueling neural networks.

These two sisters inspired their peers to pursue STEM when they sent a weather balloon to space. “I hope that more kids, especially girls, follow paths and do projects like ours in STEM,” remarked one of the sisters. “And I hope our projects teach them that they can do whatever they want if they put their heart into it.”

From the notion that we can manipulate electromagnetic waves, to the idea that innovation can solve our global power demand, to the concept that a high-tech milk storage device can help farmers around the world, ideas that seek to transform lives require a change of vantage point. January’s top news stories prove that if we can look at problems in a new light and challenge commonly held conceptions, we can bring transformative ideas to life.

evolv, invention, inventors, kymeta, nathan myhrvold, news you can use