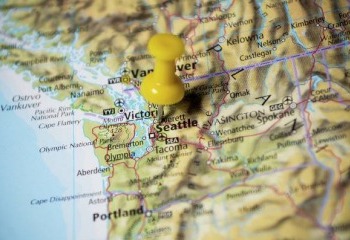 While our hunt for the world’s best inventors and inventions takes us around the globe, we often find some of the best ideas right in our back yard. With world-class research universities, a national laboratory, and a thriving start-up culture we are lucky to call Washington State home. We are also fortunate to be represented by members of Congress who understand the importance of innovation.

This week both of Washington’s Senators have been working to ensure that the success of Washington’s innovators and inventors is encouraged and protected far into the future. Senator Patty Murray and Senator Maria Cantwell have been touring the state discussing how the federal government can be a strong partner in promoting research and development, and advancing innovation.

As part of these efforts, I was invited to speak at a hearing hosted by Senator Cantwell on how small business, the federal government, and universities can work together to solve complex technological problems. Yesterday, Senator Murray joined academic leaders in Washington in announcing a new study illustrating the economic benefits of our state’s academic institutions and the vital role they play in advancing innovation.

Thanks in part to the support of our Senators, innovation is thriving in our state, and particularly our universities. According to the most recent reports, Washington’s universities spent more than $1.5 billion on research and development, and university research in the life sciences alone had an estimated economic impact of $2.4 billion and resulted in 16,000 jobs in Washington State.

Nationwide more than 60 percent of basic research in the U.S. is performed in academia, and of the $61.2 billion research dollars spent by U.S. institutes of higher education in 2010, nearly $37.5 billion came from federally funded sources.

Tax payers and society at-large are the end beneficiaries of this federally funded research. According to the Association of University Technology Managers, in 2011 alone more than 650 new companies were created based on inventions coming out of our U.S. universities. Each of these start-ups has a chance to change the world, but this potential often hinges on the ability to protect its core ideas from competitors.

Unfortunately, many federally funded inventions may end up collecting dust instead of fueling progress if patent reform proposals in the other Washington go forward, which is why earlier this month the American Council on Education, the Association of American Universities, and others came out strongly against patent reform proposals.

As Washington’s Senators look at ways to fuel innovation, support continued research, and the next generation of small businesses, they need to first ensure that the patent system provides protection for innovators so the seeds of invention can grow into thriving businesses.