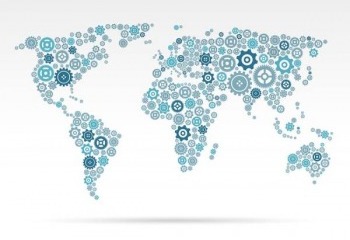 Google has announced that it will enter the market looking to purchase patents from individuals and small companies.  Of course, Google has long been in the market for larger portfolios – buying hundreds of patents from IBM, famously bidding $π billion in an attempt to purchase Nortel’s patents and spending $12.5 billion to purchase Motorola Mobility in large part for its patent portfolio.

But with the alliteratively named Patent Purchase Promotion Google now asks smaller patent holders to step up, suggest a sales price and, with some luck, walk away with cash in hand in exchange for their IP. Google argues this new “experimental marketplace” will improve the patent landscape and put money in the hands of inventors.

Sound familiar? In the decade+ since Intellectual Ventures was founded, the market for patents has become anything but “experimental." Patents are trading hands every day, sometimes in blockbuster deals, but often one-by-one. There even exist dedicated patent brokerages specializing in identifying promising technology and connecting buyers and sellers. Intellectual Ventures alone has purchased more than 70,000 patents, putting billions of dollars into the hands of inventors, universities and companies, large and small.

Intellectual Ventures has long had a vision of “investing in invention.”   The benefits of a well-functioning market for invention have always been obvious to us, providing the ability for companies to quickly and easily buy, sell and license their patented inventions for a fair price. On the flip side, companies that need access to patented technologies can obtain the rights they need efficiently. This results in more money in the hands of those who invent, ultimately spurring more invention, job creation, economic growth and technological progress. Google’s patent purchasing efforts is another step toward accomplishing our long-term vision of creating a liquid capital market for invention.

Perhaps most notably, Google forthrightly states, in the associated FAQ, that “any patents purchased by Google through this program will join our portfolio and can be used by Google in all the normal ways that patents can be used (e.g., we can license them to others, etc.).”  In other words, Google is planning to buy patents on the open market and license them out in exchange for value.  This approach is anything but experimental – it is the exact same business model IV has been pursuing for years.  Nice to see the IV model adopted by one of the world’s largest companies (and Google needn’t worry – we don’t claim any proprietary rights to the model).

A robust market for invention requires willing buyers, willing sellers, and willing licensees using patented inventions. We’re pleased to see Google step up and join this market.  So welcome Google, to the patent marketplace.  We’re happy to have you on our side.