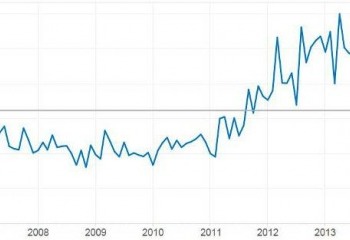 What Explosion in Patent Litigation?

You won’t find a lot of coverage in the news, but we’re in the midst of a surprising and sharp drop in new patent lawsuits.

That’s contrary to everything legislators have been hearing in Washington about an “explosion’’ of patent litigation suffocating productive enterprise and Congress needing to rush to pass additional patent system and patent litigation reforms.

New data compiled by Lex Machina, and updated by Gene Quinn of IP Watchdog, casts doubt on the whole notion that reforms are necessary. According to the data, the number of new patent cases filed in January and February of 2014 was about 25 percent lower than for the same two months last year. Only 322 new lawsuits were filed this January, a 34.3 percent drop from January 2013 and the lowest number since October 2011. The number of lawsuits rebounded somewhat in February, but it was still 16.8 percent lower than in February 2013.

Granted, two swallows don’t make a spring.  But there are sound reasons to think these numbers are significant, as we’ll explain in a moment.  At the very least, data over the past few years confirms what we and others have been saying for a long time: The much-bemoaned “explosion” in patent litigation is a fairy tale.

Take a look at the chart above from Lex Machina that tracks the number of new lawsuits per month over the past seven years. What the chart shows is a lot of volatility, but no meaningful trend at all. Yes, there appears to be a jump in numbers after 2011. But as the Government Accountability Office concluded in an exhaustive study last year, that jump is mostly an illusion. It was driven by new filing requirements in the America Invents Act (AIA) of 2011. Prior to the AIA, companies could sue dozens of alleged infringers in one sweeping lawsuit. The AIA stopped that, requiring companies to file separate lawsuits. The actual number of companies being sued didn’t change much at all; it just became divided across a larger number of lawsuits.

The Lex Machina and IPWatchdog data is important. The political push in Congress for patent litigation reforms is based heavily on the much-ballyhooed – but undocumented – surge in lawsuits. We’ve argued all along that lawmakers have been rushing to pass legislation that purports to knock out “patent trolls,” without having sound data about the problem they believe they’re addressing.

There’s another important point here: other provisions of the AIA already may be solving what problems do exist. To stop lawsuits based on shoddy patents, the AIA created new opportunities for companies to demand that the U.S. Patent and Trademark Office re-examine the validity of disputed patents. These re-examinations provide a relatively cheap – at least compared to litigation – and fast way to stop many frivolous lawsuits dead in their tracks. And this process apparently has become very popular. The number of re-examinations doubled from fiscal year 2010 to 2013, from 281 to 563, and it’s on track to double again this year.

This appears to be exactly what the AIA was supposed to do. It’s a very good bet that the recent decline in patent litigation is tied to all the new re-examinations.  That’s why the recent numbers are likely more than just statistical noise. In other words, the patent reforms of 2011 were a success, but like many public policy actions, they take a while to bear fruit.

As Gene Quinn remarked on IP Watchdog, “All of this has to make you wonder whether any new patent legislation is necessary at this time….Why not allow the reforms of the AIA time to work before once again tinkering with the patent laws and potentially upsetting the incentive to innovate?”

So why did the House pass its deeply-flawed new “reform’’ bill after just one hearing? Why are some Senate lawmakers pushing a similar bill?