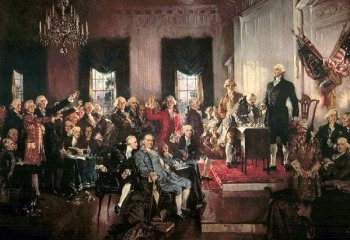 Why the Polite Term for “Trolls” is Also a Misnomer

If you’re a history buff, Forbes.com has a great column this week on how and why the Founding Fathers consciously designed the U.S. patent system to work the way it does.

Drawing on the work of historians such as Naomi Lamoreaux of Yale, Kenneth Sokoloff at UCLA and Zorina Khan of Bowdoin, the column shows how the Founders carefully made room for inventors and companies to license out their patents if they didn’t want to build the products themselves.

The current vogue jargon for firms that focus on licensing is “non-practicing entities,” or NPEs. This is less derogatory than “patent trolls,” the pet phrase in some quarters (and for which I admittedly bear some responsibility), but it’s just as misleading and reflects a serious misunderstanding of how the patent system is supposed to work.

As the column lays out, the Founders wanted to provide powerful incentives for even ordinary citizens to come up with breakthrough inventions. They explicitly rejected proposals to require that patent-holders “work” or manufacture their inventions, in part because that requires capital. Second, they expressly wrote the original 1790 patent law to facilitate the licensing and sale of patent rights.

These choices reflected a basic recognition: then, as now, that many inventors and innovators didn’t have the resources or the desire to build their own businesses. To get the maximum public benefit from new technology, inventors had to have the ability to license their inventions to others who would take on the actual production.

Lamoreaux and Sokoloff have estimated that more than two-thirds of all the great inventors of the Industrial Revolution, including Thomas Edison and Elias Howe (of sewing-machine fame), licensed some or all of their patents to others for development. In other words, they were “non-practicing entities.”

Fast forward to today and the hothouse debate over “NPEs.” The implication of “non-practicing entity” is that there’s something deficient or missing in a company licenses but doesn’t “make anything.”

Wrong. Technically speaking, a patent is a “negative right.” It doesn’t give you the right to do anything. Instead, it gives you the right to prevent others from doing something (namely, making, using or selling the patented invention).

As the Founders understood, building a business is complicated. It isn’t for everybody. You may not have enough capital. You may not have management expertise. You may face regulatory obstacles, or even other patents that describe parts of the technology involved in your invention.

So holding a patent is entirely separate from producing a patented invention. The only way to “practice a patent” is to exercise your rights under the patent:  to control how others make, use or sell the invention that it describes. That can only be accomplished in one of two ways: (1) by licensing the patent; or (2) by exercising your exclusive rights and preventing others from using the inventions described in the patent. That’s it. If you decide to make a product that utilizes your invention, you are essentially licensing the patent to yourself.

Think of a patent as similar to a property deed to a piece of real estate. It makes no more sense to say that someone is “practicing a patent” than to say that someone is “practicing a deed.” A property deed doesn’t itself give you the right to build anything. For that, you need money and you need to comply with zoning and building restrictions. The deed has value because it gives you control over who has access to the land.

It’s the same with a patent.  A patent is literally a deed to a piece of “intellectual property,” and its value lies in what you or someone you license can do with it.

So, if “non-practicing entity” isn’t the right term, what is?  I propose something much simpler: “patent-holder.” That’s all that really matters, and puts the focus where it should be – on the patent itself. There isn’t a need to categorize the holder beyond that.