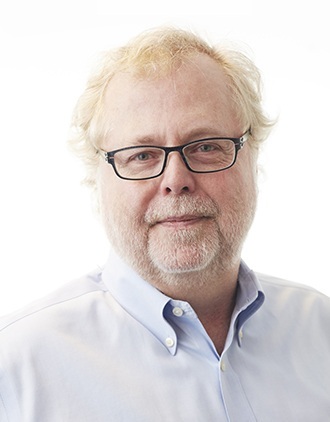 Dr. Nathan Myhrvold founded Intellectual Ventures (IV) in 2000 and has led the company since then as its chief executive officer. Under Nathan’s leadership, IV has grown from a handful of entrepreneurs into the world’s preeminent invention and investment business. Along with Bill Gates, he created Global Good and oversaw its groundbreaking inventions for global health and development. He and Bill also launched the Institute for Disease Modeling, a world leader in computational epidemiology that transitioned to the Bill & Melinda Gates Foundation in 2020.

Nathan is among IV’s most prolific inventors, with 900 U.S. patents awarded. A number of Nathan’s inventions have been commercialized by eight spinout companies that IV has created to bring advanced metamaterials technologies to market. In addition to his work with IV, he is vice chairman of TerraPower, a pioneer in advanced nuclear energy. He also conducts and publishes scientific research in planetary science, paleontology, climate science, and other fields.

Prior to founding IV, Nathan was chief strategist and chief technology officer at Microsoft. During his 14-year tenure there, he led multiple advanced technology and business development groups, founded Microsoft Research, and managed an R&D budget of $2 billion. As group vice president for applications and content from 1994 to 1996, and then as the company’s fist CTO through 1999, he played pivotal roles in the development of Microsoft’s Office, Windows, and online products.

Before joining Microsoft, Nathan cofounded and served as CEO of the software company Dynamical Systems Research. He also worked as a postdoctoral fellow in the Department of Applied Mathematics and Theoretical Physics at Cambridge University, where his cosmology research with Professor Stephen Hawking centered on quantum field theory in curved spacetime and quantum theories of gravitation.

Nathan holds a doctorate in theoretical and mathematical physics and a master’s degree in mathematical economics from Princeton University. In 2005, Princeton awarded him the James Madison Medal, the university’s highest honor for alumni. He received a master’s degree in geophysics and space physics and a bachelor’s degree in mathematics from the University of California, Los Angeles in 1979. In 2021, UCLA presented him with the Earth, Planetary and Space Sciences Luminary Award. He also attended culinary school in France, earning a Grande Diplôme from École de Cuisine La Varenne in 1995. In 2012, he was awarded an honorary degree from the Culinary Institute of America in recognition of his contributions to the culinary arts.

Combining his interests in food, science, and technology, Nathan founded The Cooking Lab in 2010 and has authored and published a series of influential books, beginning with the acclaimed five-volume, 2,500-page cookbook, Modernist Cuisine: The Art and Science of Cooking (2011). The book, which has been translated into seven languages, won two James Beard Foundation awards and was inducted into the Gourmand World Cookbook Hall of Fame. His other award-winning books include Modernist Cuisine at Home (2012), The Photography of Modernist Cuisine (2013), Modernist Bread (2017), which also won a James Beard award, and Modernist Pizza (2021). More details about his published works in science and cuisine are available at nathanmyhrvold.com and modernistcuisine.com.

Invention is the closest thing to magic we have in the real world.

Microsoft to “Modernist Cuisine:” A Deep Dive Into Pizza