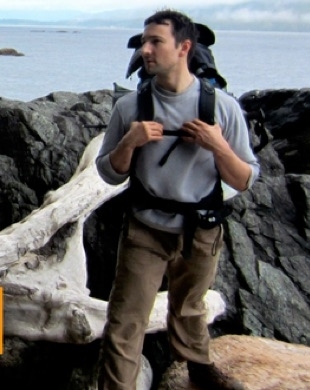 Guillaume studied physics as an undergrad and again for his Ph.D. at Stanford, but he then took a chance on an exciting position with the Institute of Disease Modeling. Learn how the one-time student of high-temperature superconductors now spends his time modeling the spread of infectious diseases in the developing world.

Seven years ago, Guillaume Chabot-Couture had just finished his Ph.D. at Stanford University. A native of Quebec City in Canada, Guillaume had studied physics as an undergrad at Université Laval in his hometown, and then high-temperature superconductors for his recently completed dissertation. His next move, though, was fairly wide open.

“I was considering many of the usual routes at the end of a graduate degree,” he says: “working for a national laboratory, trying to get a postdoc in academia, or joining a large company. I was also looking at other areas, patent law and different ways to apply this knowledge.”

Through a bit of happenstance, says Guillaume, a friend reached out to him about a possible opportunity with Intellectual Ventures (IV) and its Epidemiological Modeling (EMOD) project. At the time, it was a small group of people inventing ways to build more realistic simulations of disease transmission, with a focus on improving and saving lives in developing countries using quantitative analysis. “When I had the opportunity to interview for this job, which combined analytics and mathematical modeling with a field that was largely unknown to me—communicable diseases, global health—I think my curiosity kicked in in a big way. I thought it sounded really interesting and wanted to learn more about it.”

Guillaume ended up getting the job, and EMOD has since grown about tenfold into what is now the Institute for Disease Modeling (IDM). As a senior research manager, he leads multiple teams working on building models of disease transmission and incidence, as well as other tools to help accelerate the eradication of infectious diseases in the developing world. “I think they took a chance hiring me, someone who didn’t know much about disease modeling, but it’s the best job I’ve ever had,” he says.

You have this imperative to be relevant and to connect with what the real problems are. So we try really hard to build collaborations with people within these countries, within these programs, to make sure what we work on is going to be the most helpful. Without that connection to what’s really happening, we wouldn’t be as effective.

IV often draws from varied, even unlikely, backgrounds to build research teams, as each new perspective can lead to unexpected insights and results. For Guillaume, after spending most of his student life studying physics, that meant trading superconductors for disease modeling. And that transition, while not exactly obvious, still very much triggered the same curiosity and potential for far-reaching impact that has always driven his work.

His team at IDM focuses on a number of vaccine-preventable diseases in the developing world, including poliomyelitis (polio) and measles, and they also tackle questions related to vaccine delivery. “One of the great strengths of a model is its ability to ask what-if questions,” says Guillaume, and he estimates that 80 to 90 percent of their work involves testing polio eradication strategies and implementation, and designing models that could have profound effects on disease prevention and eradication around the world.

A key element of this research involves partnering with other organizations—such as the Gates Foundation, World Health Organization, Centers for Disease Control and Prevention, and a range of academic institutions—as well as directly with countries. “You can’t look just at problems that are interesting from an academic point of view,” he says. “You have this imperative to be relevant and to connect with what the real problems are. So we try really hard to build collaborations with people within these countries, within these programs, to make sure what we work on is going to be the most helpful. Without that connection to what’s really happening, we wouldn’t be as effective.”

One of the most memorable collaborations for Guillaume came in 2012 with a project in Pakistan. They were working on a model to predict the spread of polio, but when they first got started, they didn’t know how effective their predictions would be—or even if partners on the ground in Pakistan would accept the data. “There’s always a little bit of uncertainty when you begin a new collaboration,” he says. “You don’t know how much you’ll be able to help, or how good your models are going to be.”

Initially, Guillaume says no one took their predictions seriously. It was one of the first models the team had built, and they were essentially outsiders trying to influence strategic decisions within Pakistan. Then a polio case appeared in an unexpected area.

“We didn’t know right away,” he says, “but one of our predictions—one of the ones that people had dismissed—turned out to be true in a northern part of Pakistan, where people generally believed it’s too cold for polio to survive and to transmit. That’s one thing we had predicted, and no one really understood how we had been able to predict it.”

That success was a huge breakthrough for the team. “There was this interest all the sudden in this new method we had come up with that could predict these cases and outbreaks,” says Guillaume. “From that point on, we transitioned from an outside group that’s trying to show we can add value, to being invited to contribute to the strategic process these countries had in thinking about how to tackle polio. So I remember that being a really exciting time.”

For Guillaume personally, as well, that engagement really reinforced the value of his research. “I took a leap in leaving physics,” he says, “but that was one of the measurable moments, like, ‘Ok, this was a good decision. This is turning out to be a really interesting job with opportunities to impact global health in meaningful ways on a short timeline.” 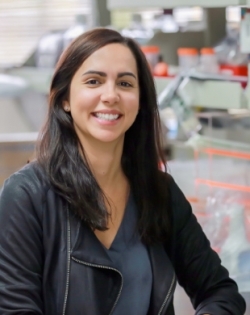 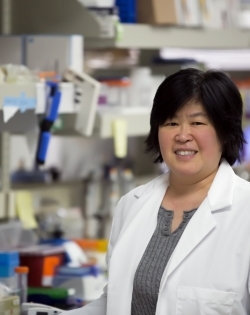