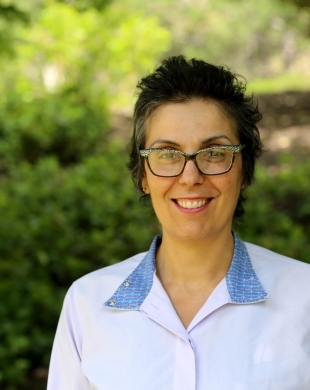 “I really like the fundamentals behind patent law,” says Michelle Macartney, director, IP attorney for Intellectual Ventures (IV). “It’s a fascinating area of law, this fine balance between fostering innovation and not going too far in granting monopolies.”

Preserving that entrepreneurial balance—carving out space for private inventors and large-scale operations—requires an intricate tug of war, and Michelle has explored this marketplace across the legal spectrum, from patent acquisitions and prosecution to licensing and divestitures, and just about everything in-between.

“Usually when you’re a patent attorney, you get kind of chiseled into something very specific, whether it’s prosecution or litigation or working on post-grant proceedings,” she says. “But at IV it’s never boring, there’s always change, and it’s just a fascinating place. There are so many opportunities for challenging yourself in so many different ways. Some jobs, you feel like you’re doing the same thing every day, and that’s definitely not the case here.”

Michelle grew up in Bellevue, Wash., and went to high school within a few minutes of IV’s headquarters. She remembers loving electronics—fixing VCRs, programming video games with her dad, doing basic coding (appropriately, using BASIC: Beginner’s All-purpose Symbolic Instruction Code). So when she graduated and headed to college, she wanted to be an electrical engineer and took a host of science and math classes. Then one course derailed her plans. “This is really embarrassing,” says Michelle, “but I failed Engineering 101: Drafting because I couldn’t draw in three dimensions.”

Her drafting hiccup set a whole string of career dominos in motion. With engineering off the table, Michelle turned instead to a communications major at Western Washington University, which paired nicely with her experience on the university’s debate team. Debate, in turn, was a natural stepping stone to law school at Seattle University, where she got involved in moot court competitions. One of those challenges related to intellectual property, and the experience helped seal Michelle’s interest in patent law. Yet to be a patent attorney, you have to pass a separate patent bar, which requires a previous technical or scientific degree—something Michelle’s communications degree didn’t satisfy.

That meant she had to go back to undergrad to wrap up enough credits for a second bachelor’s, this time in computer science. Luckily, Michelle had earned three-quarters of a technical degree from all her prerequisites in electrical engineering at Western Washington, but it still took a nearly superhuman juggling act to knock out those final few courses all around the same time as she was finishing law school and beginning her first months at a law firm in downtown Seattle (and then preparing to take the bar). “So I was working at Perkins Coie two-thirds time,” she says, “and then walking up the hill to take classes to finish my computer science degree.”

While incredibly hectic from a scheduling standpoint, completing the second bachelor’s gave Michelle a diverse background in technology and computer science, both of which would inform—and continue to enrich—her work as a patent attorney.

There are so many opportunities for challenging yourself in so many different ways. Some jobs, you feel like you’re doing the same thing every day, and that’s definitely not the case here.

After almost seven years at Perkins, Michelle learned of an intriguing part-time opportunity as an intake attorney with IV. That was 2008, when IV was acquiring a load of patents, and intake attorneys were in charge of performing due diligence on those acquisitions. “The idea of specializing in that area sounded really appealing to me,” she says, and she also liked the sound of having a little more time at home with her new baby and family.

The part-time dream didn’t last long, she says, but the promise of diverse and challenging work at IV has definitely delivered in her 11 years with the company.

Today, Michelle spends about a third of her time on patent prosecution, which is the process of filing a patent application with the U.S. Patent Office and seeing it through until it gets to be a granted patent. “It’s a fun challenge,” she says, “and you get to learn a lot about the technology.”

Another third of her work involves outtake, which—at the opposite end of intake—involves making sure a patent portfolio is in good legal shape before a divestiture. “That’s a really important process within our divestiture program, and I have to give our awesome team of paralegals credit, because they do such amazing work,” she says. “They get into all the details, and they’re doing the heavy lifting there, and they’re just a joy to work with. They make us look good.”

The final third involves working with IV’s licensing activities. “When engineers are preparing claim charts to show our customers, we are heavily involved in reviewing those, offering input on how to make them as legally sound as possible,” says Michelle. “That’s a lot of fun, and again another area where you can get deep in the technology. Because as an intake attorney, there wasn’t much of that. Now I’m getting back into that with the prosecution and licensing, and I’m also working on the contracts, patent licensing agreements, the patent sale agreements, those kinds of things. It’s a nice opportunity to expand my area of expertise.”

Constant learning, after all, has been a constant theme for Michelle from her earliest days of electronic tinkering, engineering, debate, law school and computer science. She has thrived on new challenges and growing her skillset, and IV, it turns out, has proven an ideal playground for such a curious, probing mind. “I love this job,” she says. “It’s not always perfect, but every day it’s rewarding.”