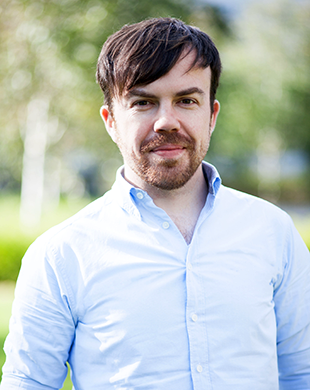 Naoise’s superpowers in extracting the best value from patents stems from a deep desire to get to the bottom of things. Curiosity plus, according to Naoise, a “healthy dose of commitment issues,” landed him a couple of graduate degrees—one in genetics and another in computer science—from Trinity College in Dublin.

“It’s the only example of chess being played as a contact sport,” said Naoise Gaffney, reflecting on the origin of his first name. Naoise—pronounced NEE-shah—was a chief protagonist in the Irish tragedy Deirdre of the Sorrows, who hurled a chess piece at a would-be spy, ultimately blinding the eavesdropper and exposing his position. “The hero dies tragically, but as you can imagine quite heroically,” he muses.

As the IV head of patent development with the Invention Investment Fund, Naoise spends his days in a less dramatic but no less heroic fashion: maintaining the market relevance of the IIF patent portfolio. “I work with the legal team to ensure that as our portfolio evolves—through further patent prosecution—that we keep it commercially on point,” he said.

“I’m basically a nerd who found a way into the world of business and law who likes to geek out about technology,” said the Irish native.

Naoise’s superpowers in extracting the best value from patents stems from a deep desire to get to the bottom of things. Curiosity plus, according to Naoise, a “healthy dose of commitment issues,” landed him a couple of graduate degrees—one in genetics and another in computer science—from Trinity College in Dublin. For good measure, Naoise added a third masters in intellectual property management from the University of London, Queen Mary.

“Molecular biology was always interesting to me and that’s where I started. It’s fascinating just how complicated the human body is, how it works. At Trinity (College), some students had an option to trade up for a master’s degree, so I specialized in genetics. So much is underpinned by the study of DNA—it’s the blueprint of all life. Understanding genetics was like taking a journey to the source of the Nile, where DNA is the source,” he explained.

As a genetics student, Naoise spent hours aggregating and analyzing huge sums of biological data. “It’s called bioinformatics—like big data for biology. Gene sequences contain thousands if not millions of base pairs. It can make you go blind if you look at it for too long. Since I was already coding, I thought it would be nice to try my hand in a more devoted fashion and supercomputers were really helpful in exploring new theories or confirming hypotheses,” he said.

After graduation, Naoise played his hand at the startup game as a software developer but navigating through the tech bubble led to a sense of longing for a more day-to-day exposure to science. “I wondered, what sort of jobs are out there where I could be directly engaged in science and technology? It’s got to be science journalism. Or maybe law,” he pondered.

Ultimately law won out over journalism. “If you ever read my writing, you’d understand,” he said. Once at law school, he immediately gravitated toward intellectual property (IP), and given his scientific background, patent law in particular.

“Patents are really the intersection of three things: science and technology, the law, and business. Getting into IP law isn’t just about the law, it’s about participating in the growth of a business,” Naoise explained.

For science and technology companies, IP can act as a catalyst for moving a product from prototype to commercialization. Patents perform the crucial task of communicating the technical nuances of new ideas or discoveries to prospective business partners.

“Ideally, in a well-functioning company, patent professionals keep one foot in the business camp, the other in the science & tech camp, and their backsides planted firmly in the law,” he said.

Prior to coming to IV, he worked as a private practice patent attorney meeting inventors and crafting patent applications. For Naoise, it was then that the brilliant connection between IP and business came to light.

“Imagine you walk into the lab of some distinguished professor with no time to talk to anyone. He’s got a staff of 20 or so smart people to manage and he’s not really interested in telling the general public about what they’re doing,” Naoise said, “But because he’s interested in patenting the cool, cutting edge stuff, you get the privilege of interrogating him.”

“As a patent attorney you’re constantly learning about new stuff that you would never hear about outside of that context,” he said. “Documenting ideas is a universal feature of the profession and you can do it from anywhere.”

Patents are really the intersection of three things: science and technology, the law, and business. Getting into IP law isn’t just about the law, it’s about participating in the growth of a business.

“But there is a downside,” Naoise chuckled.

Naoise observed during his transition to IV that client inventors had always welcomed the opportunity to think sophisticatedly about their work during the patent development process. However, once a patent was granted, clients—not understanding their patent’s long-term value—would suddenly disappear.

Companies often view their patent portfolios as a proxy for innovation. After securing a patent, they store it in a showcase of the organization’s inventions and the value chain stops there.

For Naoise, the beauty of stepping into the world of IV is that as the patent owner, IV can dictate what happens to a patent after grant. IV takes IP further along its journey to monetization in the market—whether creating new businesses, selling the IP or even licensing it.

The Invention Investment Fund manages one of the world’s largest patent portfolios and has reshaped how patent licensing is done.

“There are benefits to bringing patents together under one umbrella, but sometimes those benefits don’t become apparent until you disaggregate them again. Customers see the benefit of going to one entity to have access, but then when you release them ‘into the wild’ it’s hard for industry actors to gain licensing access when they have to go door to door to three or four different patent houses.

“IV in many ways serves to de-risk that entire experience for licensees,” he said, reflecting on IV’s one-stop aggregation business model. 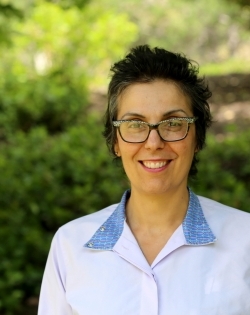