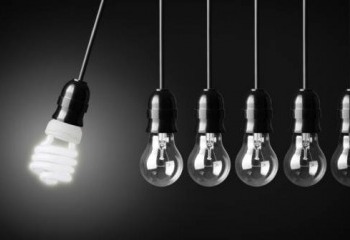 March marks Women’s History Month and International Women’s Day celebrations around the world. At Intellectual Ventures, we commend the contributions of women to the field of invention, and work to support more women and girls to pursue careers in STEM. As IV President and COO Adriane Brown has aptly said:

“I believe that collaboration of great, diverse minds is how we will solve our world’s toughest challenges and create breakthrough technologies.”

Check out our top invention stories from March, from IV and spinout news to inventors and the grand challenges they’re addressing.

For International Women’s Day, IV’s Adriane Brown spoke at a panel with other top female leaders in Seattle who are championing women empowerment and making an impact in their communities. Discover why the event was a GeekWire top calendar pick and listen to the full panel discussion here.

IV’s Global Good and Biopromic joined forces to confront tuberculosis – a disease that takes 1.8 million lives each year. Their plan: a low-cost, accessible diagnostic test for communities in low-income settings.

As part of Global Good, scientists at IV’s Institute for Disease Modeling are on the frontlines of the battle against malaria. Hear from one of those scientists in Big Think.

With the start of spring and new leaders in Washington, IV founder Peter Detkin weighed in on why patents matter and how patent holders can dispute “alternative facts” on Insights.

IV is using its Photonic Fence to harness the power of lasers to save Florida’s oranges from the Asian citrus psyllid and this month, Arty Makagon gave us the inside scoop on the story behind the story.

What it means to be an inventor

For International Women’s Day, Scientific American illuminated the need for greater inclusion at all levels in science and explained why women feel as though they are never “just scientists.”

Proving that age doesn’t have to be a barrier, the 94-year-old inventor of the lithium-ion battery is developing a new battery that’s three times better than the original.