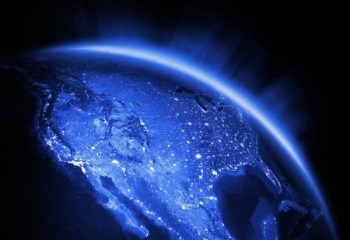 United States Leadership in Innovation: End of an Era?

The United States has consistently led the world in innovation with the U.S. patent system as a strong catalyst for breakthrough technology. This system has served and protected the American inventor, and has been the envy of the world for many years.

However, while the United States is still a strong global innovator, we are seeing what could be the beginning of a dramatic shift in its leadership as a nation that values and defends invention.

This April, Intellectual Ventures (IV) was invited by the U.S. Commerce Department to participate in the Hannover Messe international trade fair in Hannover, Germany. For the first time ever, the United States was the partnering nation in this event. IV took the opportunity to showcase the breadth of our company’s technology for the world. With technologies on display demonstrating advances in industrial automation and energy, the tradeshow was a testament to the fact that Europe and its patent system are moving to the forefront as leaders in encouraging and supporting inventors and promoting breakthrough technology.

Global inventors participating in the Hannover Messe are now not only looking to Europe as a market for their technologies, they also are looking to the European Patent Office (EPO) as a first stop for protecting their inventions. Consider this: applications by U.S.-based patent filers in Europe increased 16 percent last year, representing more than a quarter of all new EPO applications, increasing the U.S. lead as the top applicant for new patents on the continent. At the same time, patent applications in the U.S. declined for the first time in nearly a decade and are on track to decline again in 2016. And now the pan-European Unitary Patent, which is expected to come online in 2017, will offer a single, Europe-wide patent and the attendant Europe-wide enforceability. With this development, it is obvious that Europe could benefit immensely from a U.S. system that has reduced protections of invention rights and made it more difficult for U.S. inventors to protect and eventually monetize their breakthrough technologies.  Indeed, it may already be happening.

On U.S. soil, Supreme Court decisions such as Ebay v MercExchange and Seagate, and legislation such as the America Invents Act have sent strong, and discouraging, signals to American inventors. By significantly limiting injunctive relief, setting a high bar for proving willful infringement and creating new ways to delay and invalidate patents, U.S. patent policy now implicitly encourages inventors to seek patent protection elsewhere.  And, the statistics coming in validate that presumption.

While U.S. leadership in global innovation persists for now, the U.S. patent system must continue to be the global leader if this is to remain the case. To do so, we must look at policy solutions that provide patent holders certainty that their invention rights are valid and efficient processes for them to defend their invention rights when disputes over their validity, or infringement of those rights, occur. Ultimately, we must resolve the ongoing (and seemingly never ending) legislative debate that creates a disruptive cloud of uncertainty over U.S. patent rights. Continually seeding the clouds of uncertainty over the validity or enforceability of U.S. patents is a prescription for leadership decline.